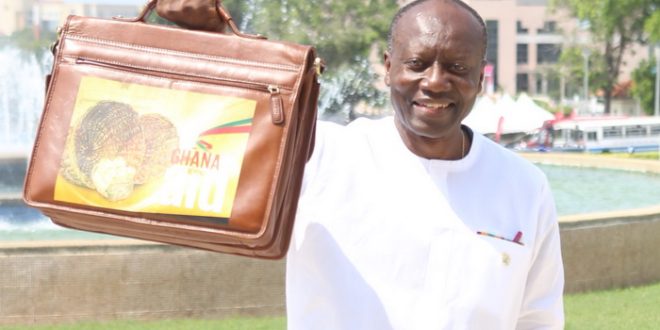 The Minister of Finance, Mr Ken Ofori-Atta, is expected to move for the adoption of the Mid-Year Review Budget Statement and Economic Policy of Government next week.

The Mid-Year Budget, which is the Government’s supplementary estimate for the 2021 financial year, would be proposed to the House on Thursday, July 22, at the Parliament House, Accra.

Mr Alexander Afenyo-Markin, the Deputy Majority Leader, announced this on the floor of the House in Accra, on Friday, when he presented the Business Statement for the Ninth Week Ending Friday, July 23, 2021, of the current meeting of the Legislature.

He said Tuesday, July 20, is a public holiday in respect of the Eid ul-Adha, and would be observed as such.

The Finance Minister would also answer a question on the cost of President Akufo-Addo’s official travels to France, Belgium and South Africa in May, this year.

He is expected to tell the House the cost of air travel of the President using chartered flight between 2013 and 2016.

On Wednesday, July 21, 2021, the Minister would tell the House if the Government took a loan to finance the Free Senior High School Policy.

Apart from the appearance of the Finance Minister, the House has scheduled some Ministers of State to appear before it to respond to some questions related to their sector ministries during the week.

They include the Minister of Energy, who would answer a question on how much money the Government had paid in relation to Independent Power Producers for the past eight years, the breakdowns and the periods involved.

He would be expected to tell the House the outcome of investigation into a shooting incident during an impasse between the people of Lower Manya Krobo and the Electricity Company of Ghana Power Distribution Company.

The Energy Minister would also tell the House the progress of work on the connection of electricity to some communities in the Tain, Saboba, Nadowli Kaleo, North Dayi, and Nkwanta North constituencies.

The ministers of Communication and Digitalisation, Fisheries, Roads and Highways, Tourism, Arts and Culture; Defence, Trade and Industry and the Attorney General are expected in the House next week to respond to questions.

The House would also receive reports of assignments of various committees.

The Deputy Majority Leader entreated members to avail themselves at the plenary, especially for the presentation of the Mid-year Budget Review.