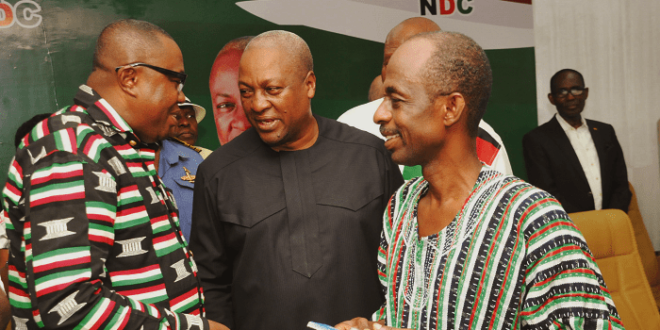 A leaked audio recording of the National Democratic Congress (NDC) General Secretary, Johnson Aseidu Nketia, has revealed that the party went to court without figures during the 2020 election petition.

In a 14-minute audio that has gone viral, the alleged Aseidu Nketia voice was heard telling some party faithful that even before the NDC went to court to challenge the 2020 election results, which were declared in favour of the then candidate Nana Addo Dankwa Akufo-Addo, the party did not have collated results from all the regions in hand.

“After collating five regions, we were told that the system that would help with the job had crashed. So in reality we did not have results to challenge the EC’s declaration of Akufo-Addo as President. We concluded that going by the region-by-region results we had won.”

“Even if we hadn’t won we were optimistic that Akufo-Addo had not won the first round and that in the worst case scenario we would go for a second round. But we did not have collated results from the regions to challenge,” the voice said in the leaked tape.

Aseidu Nketia explained that, judging from the fact that he is one of the few people who are knowledgeable in Ghana’s electoral process, it was impossible for him to be embarrassed in court.

“When it was time for me to mount the witness box in court to defend my party, I asked for data and truthfully what was given to me was nothing to write home about. We all know that in Ghana I am well respected and in fact in terms of persons who are knowledgeable in Ghana’s electoral processes I will be either first or second and so cannot defend anything that is not defensible,” he voice said in the leaked tape.

Johnson Aseidu Nketia will contest incumbent Samuel Ofosu Ampofo for the chairmanship position of the NDC as the party goes to the polls to elect its National Executives on Saturday 18th December 2022 at the Accra Sports Stadium.