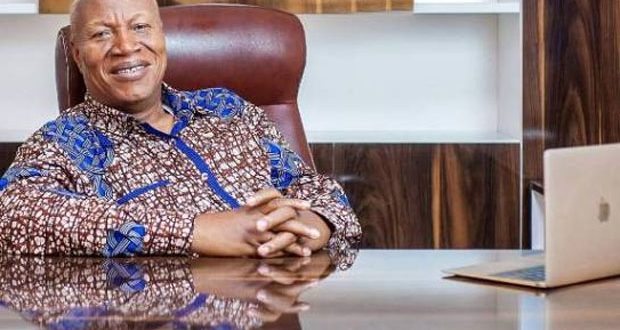 One of the main contenders in the main opposition race for the 2020 National Democratic Congress’ flagbearership race is urging his supporters to rally behind former president John Dramani Mahama for the position of flagbearer for the 2024 general elections to wrestle power from the governing New Patriotic Party (NPP).

According to Prof Joshua Alabi, former president John Dramani Mahama is the toast of the people hence the need to support him to wrestle power from the governing New Patriotic Party.

Prof Alabi, a former rector of the University of Professional Studies in Accra came second in the last NDC flagbearer race and subsequently became the campaign manager for the NDC in the 2020 general elections.

Mr Alabi announced his decision not to contest the former president in an interview on Accra 100.5 FM’s evening news programme on Monday, October 24, 2022.

He said there is a need for the rank and file of the party to rally behind the former president to come and save the country from the current economic doldrums that the NPP has imposed on Ghanaians.

He explained that the NDC has a track record of economic recovery adding that in the defunct Provisional National Defence Council (PNDC) era, the government that birthed NDC, all efforts were made to regain economic recovery which is what the NPP has come to power to throw away.

He added that from the look of things Ghanaians will not forgive the NDC if it fails to wrestle power from the NPP come the 2024 general elections.

He admitted that the signs are clear on the wall but the NDC as a party needs to work hard to ensure victory.

He noted that the only candidate who can ensure the NDC’s victory is the former president who is tried and tested.