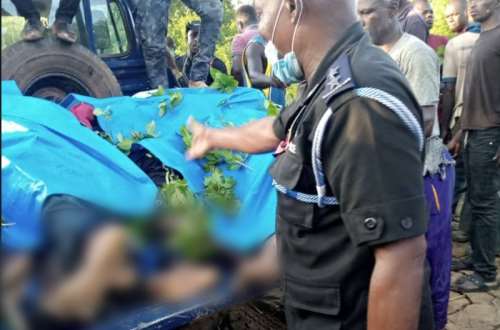 A Tamale District Court on Monday, 13 December 2021, adjourned the case involving Jashain Emmanuel, the headteacher of the junior high school from which nine pupils drowned in the Oti river.

The headteacher is standing trial for manslaughter.

The prosecution told the court that it is waiting for advice from the office of the Attorney General to proceed with the case.

The headteacher is, therefore, expected to reappear in court on Friday, 25 February 2022.

The prosecution had earlier pleaded for more time to enable them to investigate the case.

The request was granted by the court and the headteacher later admitted to bail by the high court.

He was arrested by the Saboba police command in the Northern Region when he turned himself in.

The headteacher is alleged to have sent some 31 pupils of the school to harvest rice from his farm when the incident occurred.

There were about 30 pupils on the boat returning from the headteacher’s rice farm when the accident happened.

Some 20 of them swam ashore.