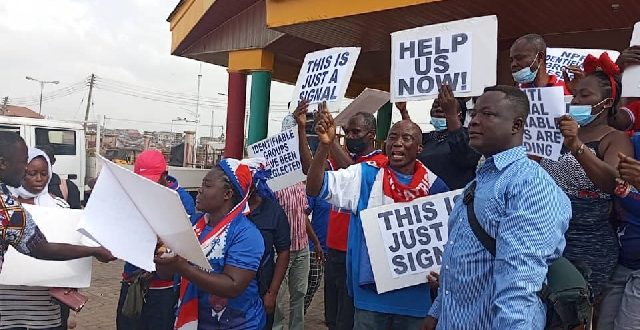 Several aggrieved members of the governing New Patriotic Party (NPP) in the Ashanti Region belonging to a coalition called NPP Identifiable Groups, an amalgam of several groups, have threatened to demonstrate against the party at the weekend during its National Delegates Conference at the Baba Yara Sports Stadium in Kumasi on Saturday, 18 December 2021.

The angry groups say their members have suffered throughout the Akufo-Addo administration despite having campaigned and worked toward the two victories of the president. 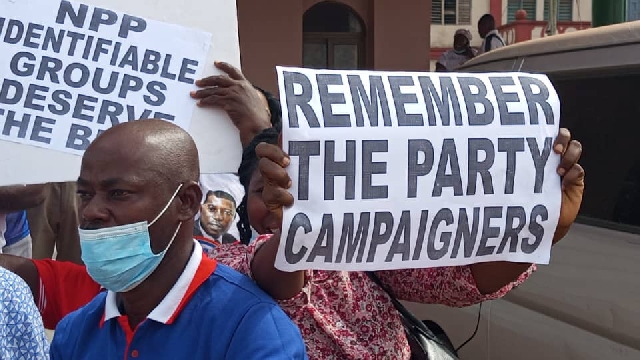 The coalition, which includes groups such as Elephant Movement, Elephant Soldiers, NPP Vibrant Group, Bantama NPP Florida Fun Group, among others, said the Akufo-Addo government has refused to employ them and their relatives in the various government institutions despite a promise to do so. 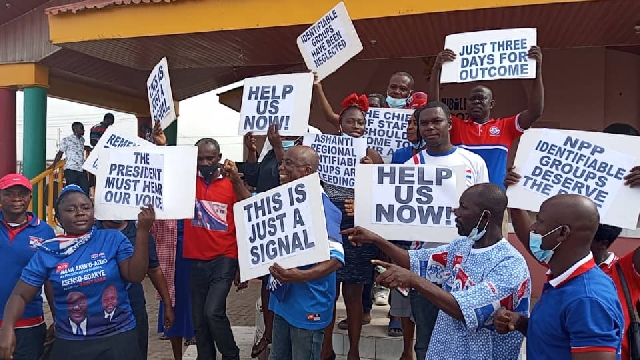 Addressing a press conference on Wednesday, 15 December 2021, the convener of the groups, Mr Emmanuel Ampiah Mensah, said they have channelled their grievances to the necessary authorities but to no avail.

Mr Ampiah, on behalf of the groups, has given the leadership of the party a three-day ultimatum to call them to a meeting and find jobs for them else they will carry out their threat on Saturday.

“We have done a lot for this party and we are expecting something meaningful but we are not seeing anything. We have our colleagues who are not working, up to date, as I’m talking, a lot of people have gotten a lot of jobs but now, as I’m talking, none of us has received any contract”, he told regional correspondent Elisha Adarkwa.

He added: “I want to region to come and meet us so that we will express our problem to them”, stressing: “We are lacking jobs. Our kids are suffering. We are suffering”.

“We want them to come to our aid”, he insisted.

“So, we are giving them three days; today is Wednesday, we are waiting till Friday, if we don’t hear anything from the regional executives, we’ll advise ourselves”, he threatened.

I'm Adwenpa-Hene |Blogger & Broadcaster Journalist. I am the CEO and manager of this noble website. I publish on Entertainment, Sports, Politics, Lifestyle, and Technology. You can also follow Us on : YouTube Channel - My Ghana Media TV, Facebook - MyghanaMedia TV , Twitter - @MyGhanamedia2 & Instagram - My Ghana Media TV. Email Address: [email protected] Contact Us: 0200818719
@@MyGhanamedia2
Previous Dr. Adomako Kissi, Anyaa Sowutuom MP Writes: The Safety Of Our Pupils On Their Way To School And Back Home.
Next Today’s Newspaper Headlines; Thursday, 16th December, 2021.