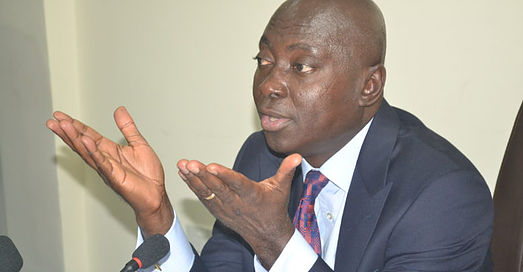 The office of former Works and Housing minister, Samuel Atta Akyea has reacted to the petition that has been filed at the Office of the Special Prosecutor (OSP) to have him investigated over some contracts he signed during his tenure as minister.

Mr Atta Akyea’s aide, Gideon Annor Kwasi told 3news in an exclusive interview on Thursday December 16 that the Lawmaker for Akim Abuakwa South is a firm believer in the rule of law hence, will not act in ways that will pre-empt the work of the Special Prosecutor.

To that end, he said, they are waiting to be invited by the OSP to take their reaction to the petition.

He called on all well-wishers and constituents of Mr Atta Akyea to calm down because he discharged his duties creditably while in Office.

“The MP cannot pre-empt any action of the Office of the Special Prosecutor.

“He would want to inform all well-wishers and his constituents that he discharged his duties diligently.”

The petition, which was sent to the Special Prosecutor, Kissi Agyebeng, was signed by Daniel Kwasi Amponiy in his capacity as a citizen of Ghana, requesting that the Special Prosecutor should prosecute the Member of Parliament for Akim Abuakwa South Atta Akyea for causing financial loss to the state.

See also  Majority To Bagbin: ‘Tell Us To Find A New Speaker If You Can’t Preside Again’

The petitioner said, per documents available to him, Mr Atta Akyea allegedly violated the legislative functions of Parliament as stipulated in article 93(2) of the Constitution in signing the contracts in question.

The petition reads: “In actual fact, there’s detection of official fraud and malfeasance by the actions of Hon. Samuel Atta Akyea, and it is a flagrant breach of section 179A(3)(a) of the Criminal and Other Offences(Act 29), 1960 (as amended).”

Mr Atta Akyea was appointed as minister for Works and Housing on the 7th February, 2017 by the President Nana Addo Dankwa Akuffo-Addo, and served until January 7th 2021.

I'm Adwenpa-Hene |Blogger & Broadcaster Journalist. I am the CEO and manager of this noble website. I publish on Entertainment, Sports, Politics, Lifestyle, and Technology. You can also follow Us on : YouTube Channel - My Ghana Media TV, Facebook - MyghanaMedia TV , Twitter - @MyGhanamedia2 & Instagram - My Ghana Media TV. Email Address: [email protected] Contact Us: 0200818719
@@MyGhanamedia2
Previous NDC To Hold Vigil For Victims Of 2020 Electoral Violence
Next Dr. Afiyie Akoto Is Still At Post, Ignore Wicked Lies By Detractors