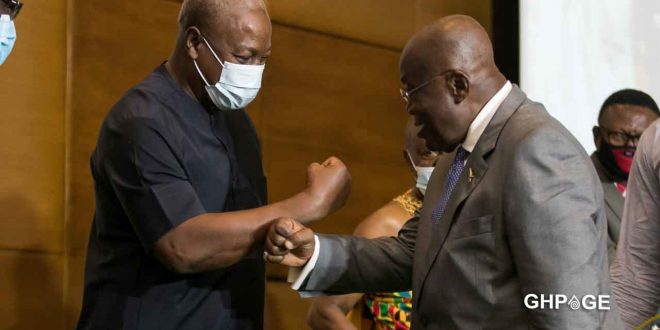 The economist and liberal political stalwart Kwame Pianim has suggested that President Nana Akufo-Addo and his predecessor John Mahama must meet to address the crisis in Parliament.

The current parliament is split down the middle between the two main political parties, posing the risk of gridlock on Ghana’s problems, especially over passage of the 2022 Budget Statement.

Pianim said the two statesmen must dialogue to resolve the issue as soon as possible.

“It is a misfortune for Ghana that the president doesn’t have the parliament to implement his agenda. This is his last term. But, as the Chinese say, ‘Every crisis presents an opportunity,’ so you don’t let it go to waste.

“I had expected the president and then former president [John] Mahama to sit down quietly and say, ‘How do we make this thing work?’ Don’t leave it to Parliament to do,” Pianim told the host of

In a separate development, Pianim said he believes that parliamentarians who participate in the passage of any alleged “fraudulent bills” must be charged with causing financial loss to the state.

Speaking on The Asaase Breakfast Show on Thursday (16 December), the economist said it is about time MPs were held responsible for their actions.

“When government changes, you know these fraudulent bills [and] who passed them – parliamentarians. We pay them,” Pianim said.

“A time has come when, [if] something like that goes through, every MP who voted for that fraudulent thing should be held for causing financial loss.

“If we did that and took it from their benefits, then maybe they would start to do what is good for us. But I think that this hung Parliament requires maturity, it requires maturity from the sides of the NDC and NPP,” he said.