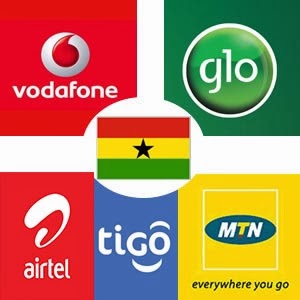 Telecommunication companies and their mobile money operators have agreed to reduce the charges on transactions by 25% amid the possible introduction of the e-Levy.

According to the Ghana Chamber of Telecommunications (GTC), the decision was taken following extensive deliberations with the government on the need to lessen the impact of the new tax on consumers.

In a press release, GTC noted that “we acknowledge the need to expand the tax base. However, to reduce the overall impact of the new levy on consumers, MTN and AirtelTigo have agreed to a downward revision of their P2P (person to person transfer) fees by up to 25% depending on the respective operator. Vodafone currently has no charges.”

The GTC added that each mobile money operator would notify their customers of the applicable revised rate when the e-levy bill is passed into law.

It would be recalled that the Minister for Information, Kojo Oppong Nkrumah, on Thursday revealed that the government has been engaging the telecommunications companies to reduce their charges on electronic transactions.

He explained that this reduction in the mobile money charges would aid the government to maintain the 1.75% levy and reduce the impact of the tax on the ordinary Ghanaian.

Thus, to ensure Ghanaians are not burdened with the tax, the government has been exploring ways to reduce the cumulative effect, he noted.

Speaking to JoyNews’ Kwesi Parker Wilson, Mr. Nkrumah said “the government has been engaging with the Telcos. So if the telcos reduce their 2% and even if the government stays at 1.75% that means the state is assured of the revenues of the 1.75% and the net effect on the Ghanaian will still be low.”

The Ghana Chamber of Telecommunications (GTC), in the press statement, noted that the companies are ready to provide customers assistance during the implementation of the e-levy.

“We pledge our continued support to our customers and would continue to deliver innovative products and service that would ensure the convenience of the digital financial platforms and support the national digital transformation effort.”

Meanwhile, since Mr. Ofori-Atta announced the government’s decision to introduce a 1.75% levy on all electronic transactions effective January 1, 2022, stakeholders have been divided on the initiative.

Although the government has argued that it is an innovative way to generate revenue, scores of citizens have expressed varied sentiments on its appropriateness.

The Minority in Parliament has pledged to reject the E-levy in its entirety.

Finance Minister Ken Ofori-Atta, presenting the 2022 budget on Wednesday, November 17, announced that the government intends to introduce an electronic transaction levy (e-levy). The levy he revealed is being introduced to “widen the tax net and rope in the informal sector”. This followed a previous announcement that the government intends to halt the collection of road tolls.

The proposed levy, which will come into effect in 2022, is a charge of 1.75% on the value of electronic transactions. It covers mobile money payments, bank transfers, merchant payments, and inward remittances. There is an exemption for transactions up to GH¢100 per day.

Explaining government’s decision, the Finance Minister revealed that the total digital transactions for 2020 were estimated to be over GH¢500 billion (about $81 billion) compared to GH¢78 billion ($12.5 billion) in 2016. Thus, the need to widen the tax net to include the informal sector.

See also  Ken Ofori-Atta: E-Levy Not The Most Egregious Tax
Click on the link below for the full statement
3.4 Media release – E-Levy

I'm Adwenpa-Hene |Blogger & Broadcaster Journalist. I am the CEO and manager of this noble website. I publish on Entertainment, Sports, Politics, Lifestyle, and Technology. You can also follow Us on : YouTube Channel - My Ghana Media TV, Facebook - MyghanaMedia TV , Twitter - @MyGhanamedia2 & Instagram - My Ghana Media TV. Email Address: [email protected] Contact Us: 0200818719
@@MyGhanamedia2
Previous What Crime Have The People Of Bono Committed To Be Treated This Way? – Dormaahene Quizzes Government
Next NRSA: 48% Of Traffic Lights In Accra Are Dysfunctional