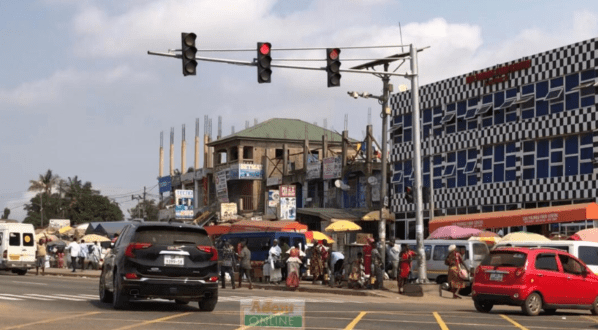 NRSA: 48% Of Traffic Lights In Accra Are Dysfunctional

Research conducted by the National Road Safety Authority (NRSA) on non-functional traffic signals and streetlights across the country has revealed that 48% of all traffic lights in the Greater Accra Region do not function properly.

In a statement released on Friday, December 17, the Authority disclosed that a total of 75 traffic lights have been identified to be non-functional across the country.

According to the NRSA, out of the 75, the Greater Accra, Ashanti, Central and Western regions account for 83% of all non-functional traffic lights in the country.

According to the NRSA, the presence of these non-functional traffic lights is a threat to road safety and potentially increases the risk of road crashes in the country.

The Authority further urged duty-bearers to ensure the functionality of streetlights and traffic lights or it may be compelled to enforce the standards against the authorities responsible.

“Given the threat and the duty imposed on the Authority to reduce road traffic crashes, injuries and deaths, the Authority directs that the Department of Urban Roads, the relevant Assemblies, and the Ministry of Energy should take urgent and appropriate steps to ensure the functionality of streetlights and traffic signals. The Authority may be compelled to exercise its mandate to enforce the standards against erring duty bearers should the irresponsibility persist,” the statement added.

The situational outlook on the functionality and otherwise of traffic lights and streetlights in the country was conducted by the NRSA on December 8, 2021. 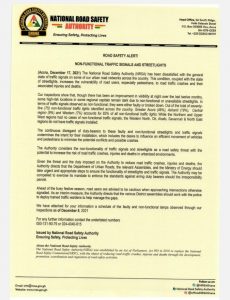 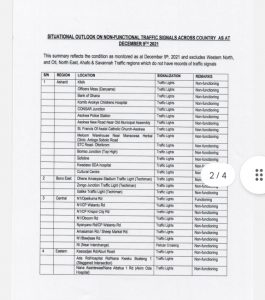