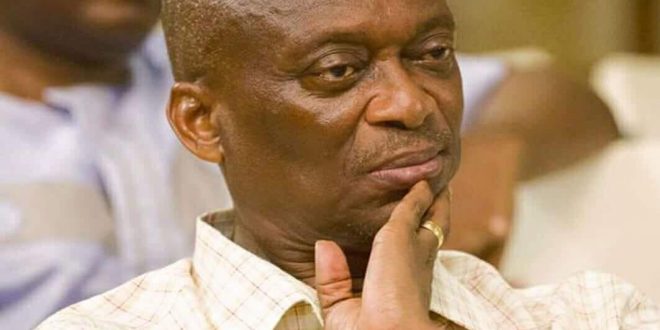 Kweku Baako To NPP: Abandon Project Of Selecting Flagbearer 2 Years Ahead Of Election

The Editor-In-Chief of the New Crusading Guide, Abdul Malik Kweku Baako Jnr, has advised the governing New Patriotic Party (NPP) to abate the decision to elect a flagbearer two years before the next general election.

The NPP is expected to hold its primaries in 2022 to elect the party’s leaders and choose the personality who will lead the party to the 2024 Presidential election.

However, according to Mr Baako, the project is unsustainable.

“Selecting a flagbearer two years ahead of the election is unsustainable, and it is not in their [NPP] interest. I think they should abandon that particular project,” he stated on JoyNews’ Newsfile.

Commenting on individuals who have openly declared their presidential ambition, Mr Baako said the premature move will negatively affect the incumbent government if it persists.

While lauding President Akufo-Addo for issuing a warning to such individuals, he called for a stringent ‘punishment’ for such persons.

“If by mid-next year intelligence points to the fact that such acts persist, my advise to the President if he will listen is, he should reshuffle those gentlemen or just send them to Siberia,” he noted on Saturday.

The veteran journalist further advised executives of NPP to be cautious in their dealings with the Nasara inklings.

There have been growing calls among supporters of NPP to increase the number the Nasara delegates who participate in the selection of a flagbearer.

However, opposers have kicked against the request arguing that it will favour a particular individual over other aspirants.

In view of this, Mr Baako observed that the issue is “creating some undercurrent,” therefore, “I will advise them to be very cautious how they go about it.

I'm Adwenpa-Hene |Blogger & Broadcaster Journalist. I am the CEO and manager of this noble website. I publish on Entertainment, Sports, Politics, Lifestyle, and Technology. You can also follow Us on : YouTube Channel - My Ghana Media TV, Facebook - MyghanaMedia TV , Twitter - @MyGhanamedia2 & Instagram - My Ghana Media TV. Email Address: [email protected] Contact Us: 0200818719
@@MyGhanamedia2
Previous Akufo-Addo’s Government Has Made Ghana Better Than UK, USA – Says Chairman Wontumi
Next Premium Should Be On Governance Than Winning Next Election As The Incumbent – Abu Jinapor