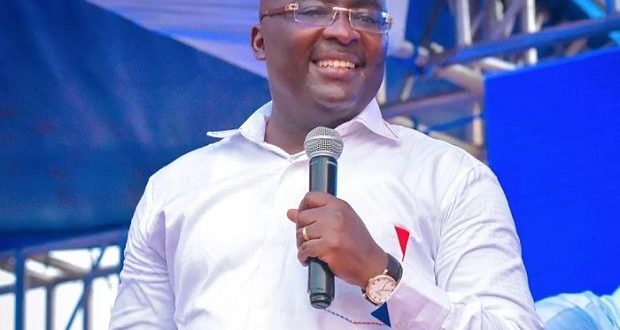 The Vice-President, Dr Mahamudu Bawumia, has stated that the National Democratic Congress (NDC)’s 2020 election petition was dismissed by the Supreme Court because they failed to present a strong case.

He noted that unlike the New Patriotic Party (NPP), which had solid evidence to back their petition in 2012, the NDC sought only to gain the propaganda benefit of the petition as they had no evidence to back up their claims.

“Interestingly, the NDC decided to challenge our victory at the Supreme Court. However, rather than mounting a serious effort, they rather went there to tell us that they were given tea without biscuits!”

“Their case was fundamentally incompetent. So the bottom line is that they had no evidence to challenge our victory notwithstanding all the noise they made to deceive their members,” he claimed.

The flagbearer of the NDC, John Mahama, who lost the 2020 polls, took the Electoral Commission to Court, challenging the validity of results and the declaration of President Akufo-Addo as the winner.

But a seven-member panel of Supreme Court Judges, in a unanimous decision, on March 4, dismissed the election petition filed by the 2020 NDC Presidential Candidate because it has no merit.

This, according to the apex court, was because the case before it had no merit; thus, it did not order a re-run of the election as the petitioner sought.

Delivering an address at the party’s annual delegates’ conference in Kumasi on Sunday, December 19, Dr Bawumia indicated that the NDC’s witnesses failed to provide the relevant responses to guarantee their winning the case.

He noted that the inability of the party’s General Secretary, Johnson Asiedu Nketia, to provide pink sheets to back their claims of electoral irregularities was another flaw that ruined their chances in the Court.

“You remember that when we went to the Supreme Court after the 2012 election, we presented over 10,000 pink sheets. We told the Court that we were relying on the data contained in the Pink Sheets because “you and I were not there.”

Mr Mahama claimed none of the candidates who contested the polls obtained more than 50% of the votes cast.

He alleged that the person said to have won the polls benefitted from vote padding.

He also claimed the candidate benefitted from arithmetic and computational errors. He concluded that the EC’s declaration of Nana Akufo-Addo is unconstitutional since he did not obtain more than 50% of the valid votes cast.

He wanted the Supreme Court to rule that the election results, as declared by the EC Chairperson, Jean Mensa, breached the constitution. He is further asking the Court to annul the results of the polls and order the EC to organize a run-off between himself and Nana Akufo-Addo.

But the EC said the petition was incompetent. It admitted that its Chairperson, Jean Mensa, inadvertently read out the figure representing the total number of votes cast as the total number of valid votes and the percentage of Mr Akufo-Addo as 51.59% instead of 51.295%.

It said the allegation of vote padding was untrue. It, however, admitted that minor discrepancies may have occurred due to computational and mathematical errors in the course of collation.

These errors the commission insists did not affect the outcome of the results as declared by the EC.

On his part, President Akufo-Addo said the petition did not disclose any attack on the validity of the election held in 38,622 polling stations.

He noted that the allegation of vote padding involving some 6,622 votes was empty and insignificant to materially affect the outcome of the election.

He further contended that the petition did not state how many votes John Mahama should have obtained except pointing out that none of the candidates got more than 50% of the votes cast.

I'm Adwenpa-Hene |Blogger & Broadcaster Journalist. I am the CEO and manager of this noble website. I publish on Entertainment, Sports, Politics, Lifestyle, and Technology. You can also follow Us on : YouTube Channel - My Ghana Media TV, Facebook - MyghanaMedia TV , Twitter - @MyGhanamedia2 & Instagram - My Ghana Media TV. Email Address: [email protected] Contact Us: 0200818719
@@MyGhanamedia2
Previous Ghanaians Are Suffering; Abandon 1.75% E-levy – NDC Tells NPP At Delegates Conference
Next Let’s Focus On Taking Down NDC Instead Of Each Other – Dr. Bawumia