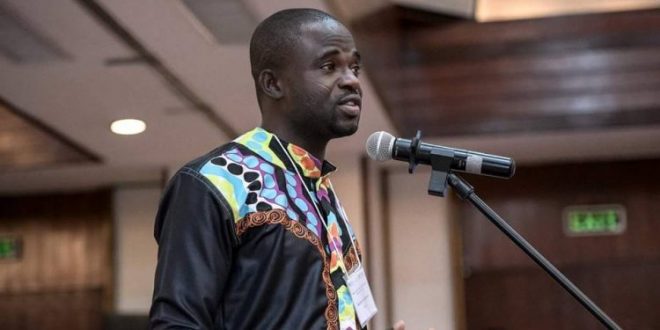 Lighthouse Chapel International (LCI) has filed three separate lawsuits against investigative journalist, Manasseh Azure and three others for what the church considers unjustified and illegal attacks against it, and its founder Bishop Dag Heward-Mills for the publication of 3 articles titled “Darkness in a Lighthouse”.

Joined to the suits is the Media Foundation for West, its Executive Director, Suleman Braimah and co-editor, Edwin Appiah.

According to the Statements of Claim, in April 2021 Manasseh Azure and the 3 others together published three articles titled “Darkness in A Lighthouse” in which they launched scathing and disparaging attacks on the LCI and its founder Bishop Dag Heward-Mills.

The articles got a lot of attention in Ghana and beyond.

The 3 articles according to LCI are premised on 6 suits filed against the church by 6 of its former pastors.

In the defamation suits filed against Manasseh Azure and co. the LCI argued that Manasseh and co. knew very well that the subject matter of the publications were already in court and yet they went ahead and made pronouncements that were prejudicial to the determination of the cases in court.

Portions of the Statements of claims read as follows:

“The substance of the publication was a one-sided, highly prejudicial reproduction, more or less, of selected portions of the statement of claim of six plaintiffs who had commenced separate suits against the Plaintiff, at all material times when the Plaintiff had not been served with the court processes;

Notwithstanding that the Plaintiff delivered defences to each of the said six suits to the Defendants’ knowledge, the Defendants deliberately refused or failed to publish the said defences or with the same prominence as that of the plaintiffs in these suits, thereby ensuring that the reading public could only have a jaundiced and prejudicial view of the matters in court;

By such posturing, the Defendants had already determined the outcome of the six suits in the minds of the public such that if the trial or trials ended in the Plaintiff’s favour, the public would conclude that justice has not been served.”

LCI added that, despite the release of a SSNIT report exonerating the church, Manasseh Azure, Edwin Appiah, Sulemana Braimah and Media Foundation For West Africa continued publishing articles accusing the church of non-payment of SSNIT contributions and slandering the image of the church and the statutory institution.

Below are some of the statements the LCI complained of as defamatory in the suits:

i. “Six ministers of God laboured for a cumulative 42 years and five months without the payment of their pension contributions…”

ii. “There is some darkness in the Lighthouse Chapel International”

iii. “There are more silent victims among the 111 bishops and over 2,300 pastors of Lighthouse”

iv. “While the church was quick to deduct tithe, it was slow in paying his [Edward Laryea] pension contribution …. In effect, the church took what belonged to God, but denied Caesar what was Caesar’s.”

v. “I [Larry Odonkor] did not sign a form to be cheated”

vii. “The pastors speak of exploitation by the church, which started in the form of a policy; undue pressure to raise funds, which turned them into beggars· and psychological effects of their ordeals, which drove one them[ Seth Duncan] to attempt suicide three times and also cut his scrotum.

Natural meaning of the words complained of in the suits

According to LCI’s Statements of Claim, “In their natural and ordinary meaning, the said words quoted in the publication meant and were understood to mean that:

The Plaintiff as a Christian organization falsely and deceptively pretends to give light and spiritual direction to persons seeking God while in deed and in fact the Plaintiff practices the exact opposite. The Plaintiff uses means of cunning and subterfuge to lure people desirous of doing God’s work into its fold and makes a shipwreck of their faith, leading them to hell instead of heaven. The Plaintiff is guilty of the criminal conduct of deliberately failing or refusing to pay its employees’ social security contributions, contrary to the National Pensions (Act 2008), Act 766.

The Plaintiff is not only intolerant, but extremely callous, insensitive, inconsiderate and cold-hearted in its treatment of, and abandonment of its volunteers and employees with exacting demands calculated to hound them out of their posts; and contrary to scripture, or the best practice in Christendom, the Plaintiff or alternatively its founder or acting by its founder, rather actively encourages and subjects its members, including the highest ranking, to divorce their spouses through undue influence, pressure and other subtle methods.”

Some reliefs sought by LCI

LCI is seeking the following reliefs from the court:

i. Damages, including special, aggravated and exemplary damages for libel contained on websites published by the Defendants herein and re-published by many local and international media;

ii. An injunction restraining the Defendants and each of them, whether by themselves, their servants, or agents or otherwise, from further publishlng or causing to be published the said or similar words defamatory of the Plaintiff;

iii. An order directed to the Defendants to publish with equivalent prominence to the same medium a suitable apology in terms to be agreed by the parties or approved by the Plaintiff and for the same to be archived on Defendants’ website so as to remain searchable to users of the said website and Facebook accounts;

iv. An order directed to the Defendants to ensure the removal of the defamatory articles as well as their re-publication on other media sites from the internet.