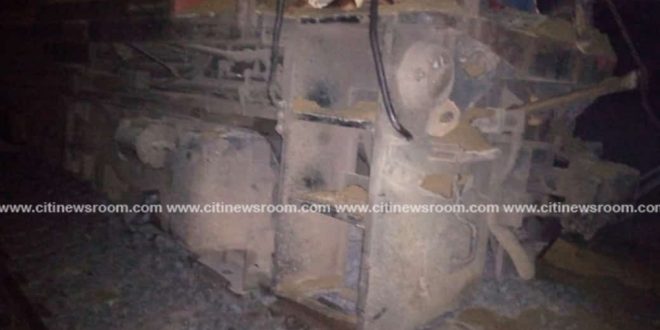 A second crash involving a train at Sekondi in the Western Region, in the space of four days, has left residents puzzled.

Tuesday’s incident saw a tipper truck collide with a manganese haulage train around 7:30 pm, leaving at least three persons injured, according to eyewitnesses.

Reports indicate that the driver of the tipper truck attempted to speed through the railroad crossing at Sekondi Nkontompo, ignoring warnings that a train was approaching, leading to the collision. 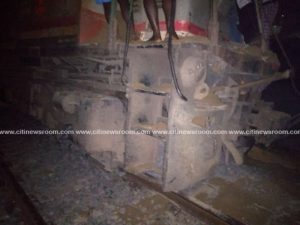 The injured, including the driver of the truck and one other passenger, and the conductor of the train, are receiving treatment at the Effia Nkwanta Hospital, which is a few metres away from where the crash occurred. 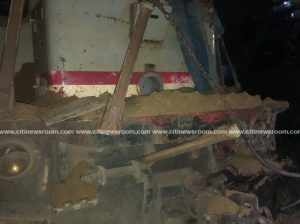 Unlike the head-on collision between two manganese haulage trains that occurred last week at Angu and Manso, no casualties have so far been recorded, although the incident has led to some traffic on the Sekondi to Takoradi beach road. 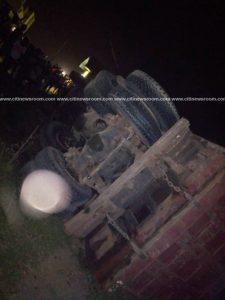 The Minister for Railways Development, Peter Amewu said after he visited the scene of last week’s crash, that a committee would be set up to investigate the incident with led to five deaths.

Peter Amewu believes the accident that occurred at Wassa Manso was due to negligence.

“We don’t want to see this again. We expect to put up a committee as quickly as possible. The head of my security team is with me, and we will investigate what caused this accident. Not too long ago, you heard that we lost one of our managers also in a train accident in Accra. The industry is already not in the right mood for this to happen again,” the Minister said.