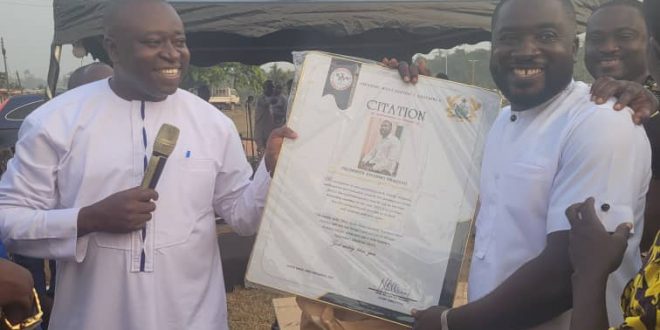 Assemblyman for Mpatuam West Electoral area of the Amansie West district Assembly in the Ashanti Region, Hon. Frederick kojo Nkansah popularly known as YENTUMI has been adjudged the best Assembly member in the 2021 year under review.

He was commended for his hard work, dedication and Commitment to the Mpatuam West Electoral Area and the entire Amansie West district. 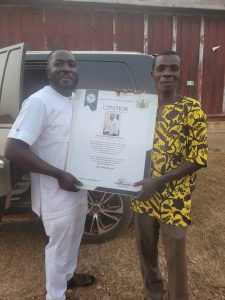 The Honorable member,YENTUMI received the award from Amansie West district Assembly at the Best Assembly Member Awards which was held on Thursday the 23rd of December, 2021. 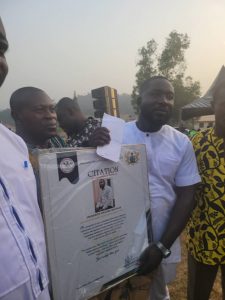 The Assembly member for Mpatuam West,Hon. YENTUMI  in an interaction with the media expressed appreciation to management, assemblymen, and the staff of Manso Nkwanta District

Assembly  for working assiduously to ensure the assembly attains its betterment. 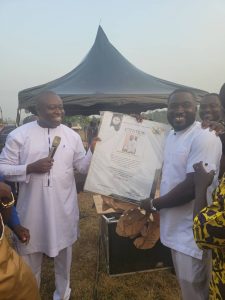 He said, “I am really excited that my hard work has paid off. This is indeed a remarkable feat, we all deserve a pat on the back”.

Hon.Yentumi further appealed to management, staff, and assembly members not to rest on their oars but rather double their efforts to enable the assembly to perform better.

The Assembly member, Hon. Frederick Nkansah, also praised the management and staff of the assembly for their recognitions towards his duty. 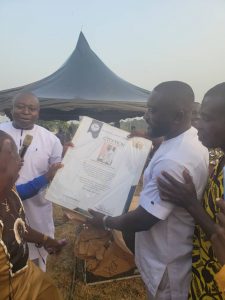 He congratulated the electorates of his electoral area for this achievement but added that there is still more room for improvement.

This is the first time an Assembly member from the Bontefufuo has won this award.