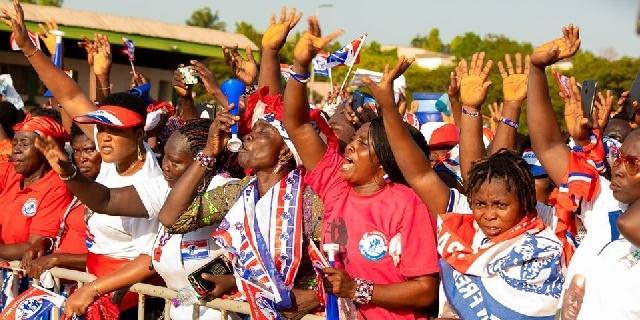 According to them, it’s very shameful and disgraceful to the party, the president and the country for the president to sit in before his vice.

In an interview, Mr Owusu Afriyie, speaker NPP Youth Alliance In Diaspora said, “I don’t see the reason why anytime NPP create issues during their conferences, simply because the people are not truthful to the party”

Mr Owusu said, the planning committee has mislead the party during their conference to uplift the image of the vice president “they has disgrace Nana Addo just because they want to uplift Dr. Bawumia , He doesn’t carry any weight upon all what technique they go for Alan will still win primaries”

“The choice of venue and the entire event was deliberately organised and stage-managed to project the vice president. Diaspora said over 4000 delegates willing to join the trade minister to the conference of with his team need to act wisely to put things in place for the whole program to gain it glory”.

Mr Owusu Afriyie accuses four (4) MP’s in the Ashanti region to be supporting the vice president strongly, he advised Bawumia should listen to the voice of Akwesi Platt Junior, Kofi Akpalu and other professors that Alan stands tall among all the candidates.

I'm Adwenpa-Hene |Blogger & Broadcaster Journalist. I am the CEO and manager of this noble website. I publish on Entertainment, Sports, Politics, Lifestyle, and Technology. You can also follow Us on : YouTube Channel - My Ghana Media TV, Facebook - MyghanaMedia TV , Twitter - @MyGhanamedia2 & Instagram - My Ghana Media TV. Email Address: [email protected] Contact Us: 0200818719
@@MyGhanamedia2
Previous Ahenkan FM Boss Gives Free Chicken To The Less Privileged And Aged
Next MTN FA Cup Round of 64: Asante Kotoko Crash Out After Another Defeat To City Rivals King Faisal