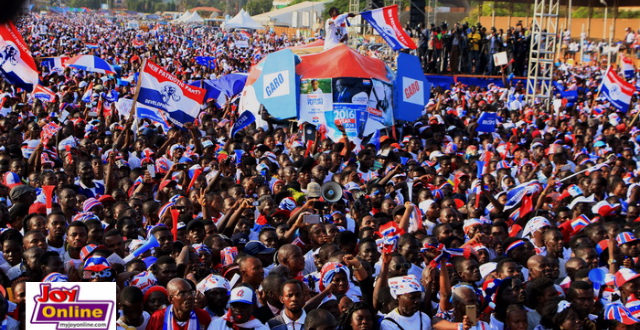 National Chairman hopefuls of the governing New Patriotic Party (NPP) will be required to pay GH¢20,000, as nomination fees, the party has announced, as it elects new executives in July.

General Secretary of the party, John Boadu also announced at a press briefing on Friday that aspirants who want to contest for the National Vice Chairman and Secretary posts will have to pay ¢15,000 and ¢10,000 respectively.

“All other positions will cost GHS 8,000 apart from the special wings,” Mr. Boadu added.

The party has set July 14 to July 16 to elect new National Officers for the party. It has also set April 22 to 24 for the constituency election and 20th to 22nd of May for regional elections.

Boadu said the National Council of the party met on Thursday to set the dates for the elections.

See also  We Are Aware That We Are In Difficult Times; We’re Addressing It – Akufo-Addo

“The venue for the national annual delegates conference as decided by the national council is in Accra,” he further announced.

The elections will be supervised by the party’s National Elections Committee.

So we have the following officers taken charge of the album and the elections at the polling station:
👉Chairman
👉 Secretary
👉 Research and Election
👉MP”s Rep
👉Regional Rep

I'm Adwenpa-Hene |Blogger & Broadcaster Journalist. I am the CEO and manager of this noble website. I publish on Entertainment, Sports, Politics, Lifestyle, and Technology. You can also follow Us on : YouTube Channel - My Ghana Media TV, Facebook - MyghanaMedia TV , Twitter - @MyGhanamedia2 & Instagram - My Ghana Media TV. Email Address: [email protected] Contact Us: 0200818719
@@MyGhanamedia2
Previous E-levy Is Being Introduced At The Lowest Rate For Any Tax In Ghana – Gov’t
Next E/R: Akyem Aboabo Residents “Bare Teeth” AT Their MP, MCE  Over Abandoned Inner Town Roads Projects