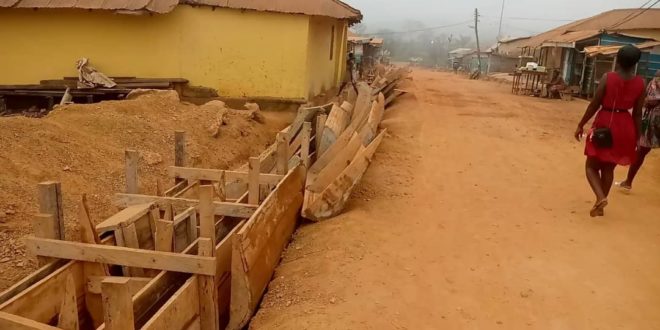 Angry residents of Akyem Aboabo in the Birim Central Municipal assembly of the Eastern region have team up to embark on a massive demonstration in the town against the government on improvement of poor inner road networks.

According to the group calling itself ‘Akyem Aboabo Royals Association, many developmental projects that were supposed to be done by the local government authorities in the town have been overlooked and few others, especially their road construction works which had been started by contractors has been halted.

They emphasized on their inner road networks on which works began by a contractor who brought his machines to dig the road yet stopped along the way after a few days leaving way for excessive dust to dominate it.

The people claimed that the local government authorities and the contractor in charge of the road works have taken them for granted as they resume immediately the President, Nana Addo Danquah Akuffo Addo begins touring Eastern Region but stops as soon as he returns.

This incoming demonstration will serve as a wake-up call to the District Assembly to stop that act and finish works on their roads to rid it of excessive dust caused by the contractor as they have reported the issue severally yet gotten no response. 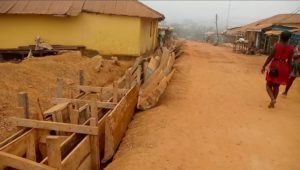 In an interview on Ahenkan Fm with Odi Ahenkan on ‘Asem Yi Dika’ show, the Chairman for Akyem Aboabo Royals Association, Mr. Joseph Kojo Adarkwa confirmed that, they will express their anger to their member of parliament  Hon. Alexander Akwasi Acquah , Municipal Chief Executive, Victoria Adus  and all the stakeholders if they don’t see anything meaningful done on the roads.

See also  GPRTU ‘Begs’ Members Not To Increase Fares By 20%

He said they will undertake a series of demonstrations until work resumes on the abandoned roads.

He said the roads are bad and the people in the town are suffering.” I want to emphasise that this is not a partisan demonstration, and that they will continue to demonstrate until government fixes our roads,” he noted. 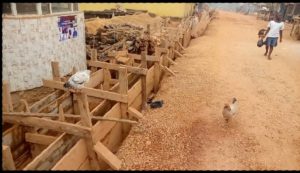 He added that, they can’t sit there for dust to ruin the lives of the people in Akyem Aboabo and will make this demonstration the biggest ever in Akyem Oda enclaves.