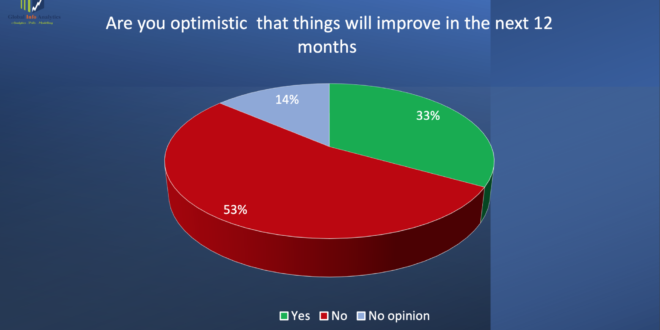 Survey: 56% Of NPP Supporters Against E-Levy

Despite the government’s intensified efforts in a bid to convince more Ghanaians to accept the imposition of the 1.75% Electronic Transaction Levy, a new survey suggests that 56 percent of self-confessed New Patriotic Party supporters sampled are against the unpopular policy.

Meanwhile, 86 percent of self-confessed NDC supporters are against the e-levy.

On average, 72 percent of respondents are against the e-levy, according to the survey by Global Info Analytics.

The levy has been a hot topic since it was proposed by the government in the 2022 budget. 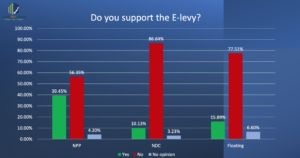 “I wasn’t surprised, but what I was surprised by was, I was expecting it to be a bit higher than what we got,” Mr. Danquah said on the Citi Breakfast Show.

The survey in general sampled 2,422 persons of voting age in 34 constituencies across the country.

The survey, which focused on governance, corruption, and politics, also revealed 58 percent of respondents believed the government is in the wrong direction.

Fifty-three percent of respondents also revealed they were not optimistic about the future direction of the country. 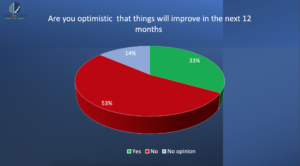 Thirty-three percent felt things would get better in the next 12 months, while 14 percent were on the fence.

“Those who think that the direction is going the wrong way is the same number that thinks the president is not doing a good job,” Mr. Danquah noted.

He also said their findings tallied similar surveys in the past.

“If you watch the direction of the country, I think the number we have is exactly the same as was reported by Afrobarometer,” Mr. Danquah said, as an example.