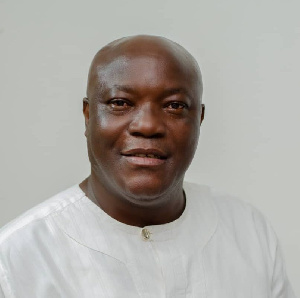 Sack Sekondi-Takoradi Mayor Or Remain Quiet, Suspending Him Is Illegal – ChaLoG To Akufo-Addo

President of the Chamber of Local Government (ChaLog), Dr Richard Fiadomor says President Akufo-Addo has no power to suspend the Municipal Chief Executive of Sekondi Takoradi, Abdul Mumin Issah from his position.

In an interview on JoyNews’ The Pulse on Friday, he indicated that under the current circumstances, the President only has the authority per the constitution to sack the MCE and not to suspend him.

He further explained that the only body entitled to take such action is the General Assembly of Sekondi-Takoradi Metropolitan Assembly (STMA).

His comment comes after the government through the Ministry of Local Government, Decentralisation and Rural Development, suspended the MCE for Sekondi-Takoradi, Abdul Mumin Issah from office.

In a press statement issued on Friday, Mr. Dan Botwe stated that: “On the instructions of the President, the Metropolitan Chief Executive for Sekondi-Takoradi Assembly, Mr. Abdul Mumin Issah has been suspended from office with immediate effect pending an inquiry into his encounter with the Police on February 3, 2022.”

Mr Fiadomor maintaining his stance on the issue backed his statement with excerpts from the constitution.

According to him, “Article 2431 of Ghana’s constitution is clear that the President should nominate. Once the President nominates, the Assembly members by two-thirds majority present and voting will confirm. So immediately a Chief Executive is confirmed, he now becomes a bonafide member of the Assembly.”

He added that, “The President having nominated and the Assembly Members confirming the nominee, the President doesn’t have control over whether he can be suspended or not.”

He highlighted four ways a Chief Executive can be removed if he/she misbehaves. They are;