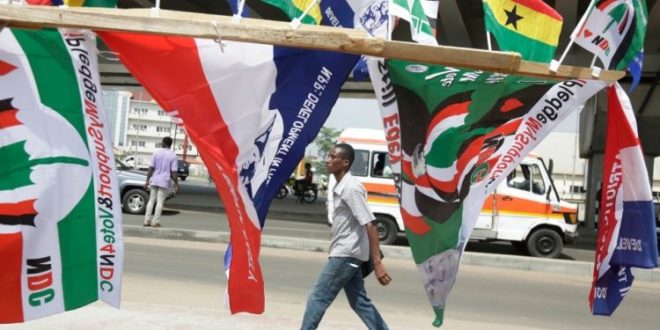 The National Democratic Congress (NDC) is calling on the Electoral Commission (EC) to organise internal elections for political parties on a pro bono basis in a bid to reduce the cost involved in the process.

This comes on the back of a study by the Ghana Center for Democratic Development, (CDD-Ghana) that it costs $100 million to effectively fund a presidential campaign in Ghana.

In addition, an amount of $693,000, the equivalent of GH¢4 million, is required to prosecute a parliamentary campaign.

In a media interview, General Secretary of the NDC, Johnson Asiedu Nketiah said such a move by the electoral management body would save most political parties from incurring excessive cost.

“It is easy to tell Electoral Commission or for Parliament to provide for EC to organise internal party elections pro bono. If that happens, it will be easier for us to organise one-man-one-vote elections within the party and cut out the delegate systems, which is one of the challenges.”

Meanwhile, the New Patriotic Party (NPP) has outlined activities that account for the ballooning cost of elections in the country.

Peter Mac Manu, a former campaign manager of the NPP, believes; “The cost of running elections is going up not necessarily because of corruption. Genuine expenditures are also going up. The number of media stations to advertise now are increasing, unlike the past. It costs money. The bottom line is that our expenditure as a country is going up from individuals, institutions to even political parties.”

The study was conducted in four out of the 16 regions.

The last time such a survey was conducted, the cost of running for Parliament was pegged at US$ 85,000.

Various stakeholders over the period have questioned the increasing incidence of monetization of politics in Ghana.

“We found that half of this GH¢4 million money partly goes into nursing the constituency and running in the primaries. These estimates were given by people who have been part of the presidential campaigns. Further research is however needed to itemize the cost to know exactly what goes into the amount. Gender dynamics of the high cost of politics and campaign financing reveal exclusionary effects on women candidates’ ability to raise funds. The women are even disadvantaged if they are married”, the Lead Consultant for the study, William Nyarko, said.

The distribution channels of campaign financing funds were identified as direct distribution to the candidates, political parties, through the party, and regional chairpersons, through the various levels and heads of the parties’ finance and fundraising committees.

The study also identified nine financiers of political parties and candidate campaigns, who were allegedly engaged in illicit activities, which included activities of Serious and Organised Crime (SOC) as follows: Illegal mining/galamsey, illegal oil distribution (bunkering), fraudulent business, and procurement infractions and its associated kickbacks from the award of contracts.

I'm Adwenpa-Hene |Blogger & Broadcaster Journalist. I am the CEO and manager of this noble website. I publish on Entertainment, Sports, Politics, Lifestyle, and Technology. You can also follow Us on : YouTube Channel - My Ghana Media TV, Facebook - MyghanaMedia TV , Twitter - @MyGhanamedia2 & Instagram - My Ghana Media TV. Email Address: [email protected] Contact Us: 0200818719
@@MyGhanamedia2
Previous Majority Leader, Kyei-Mensah-Bonsu To Bow Out Of Parliament After His Current Term Expires
Next Suspension of Sekondi-Takoradi MCE A Good Decision By President – ACELOG