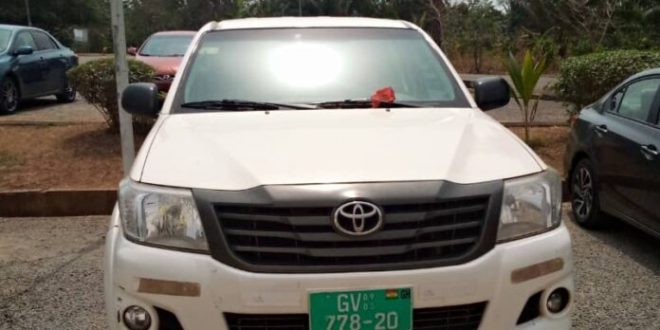 The official vehicles of the Eastern Region Director of Education and that of the regional accountant have been impounded to defray judgment debt on 102 teachers.

The vehicles are yet to be auctioned to settle the judgment debt as the bailiff makes effort to get 17 more vehicles marked by the court to be impounded.

The 20 vehicles, when impounded and later auctioned, would settle the GH¢3,471,240.72 judgment debt on the 102 teachers and educational workers.

So far, only three vehicles have been impounded; that of the regional education director, accountant and the Birim Central Municipal Director of the Ghana Education (GES).

In an interview with the General Secretary of the group of 102 teachers and educational workers, Isaac Amponsah, he explained that they were recruited and given appointment letters to teach and work between 2011 to 2013.

But they only began receiving salaries in 2016 after several agitations.

Efforts to get their arrears paid proved futile after several behind-the-scene negotiations with the GES leadership in the Eastern Region.

They, therefore, decided to take the matter to court when they realised the management of GES in the Eastern Region was not ready to help them.

“We are more then 102 from across the Eastern Region,” Mr Amponsah said.

“It’s just that we have been bold enough to get a lawyer to pursue the case for us.”

He added that GES’s promises of paying the arrears have failed.

“Our year of recruitment has been cut off from the Accountant and Controller document [and] it means me, for instance, I have lost three years of service without pay and SSNIT benefit. This is not fair. I left Accra to a village to go and teach for three years without pay? We just need our money.”

In December last year, a letter was written to the Eastern Regional Command of the Ghana Police Service to give police protection to bailiffs to execute writ of Fieri Facias to the plaintiff on the mentioned vehicles belonging to GES.

Below is the statement from the GES

RE: GES VEHICLES SEIZED FOR NON PAYMENT OF SALARIES