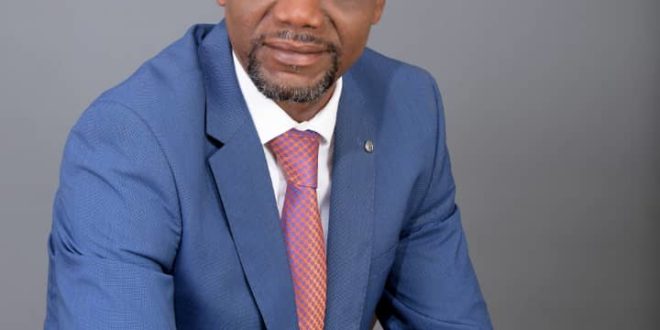 The Ill-fated E-Levy: Are Ghanaians And Nana-Bawumia Government Ready? NO! – JOY Writes

Taxes are necessary uncomfortables for nations developments. Due to the uncomfortable nature of taxes, it requires deep thinking, strategic introduction, implementation infrastructure and impact on citizens and businesses analysis.

This government of Nana-Bawumia Acts before it thinks. Their actions of implementation of policies are firstly motivated by greed and shallow analysis.

Greed had to do with monetary gains to the members of government and Political capital gains. Greed engender rapid keenness in introducing policies without clear analysis of the ramifications on the citizens.

When the government wanted to introduce Towing Levy we abrogated that because the government justifications were shallow.
The Free SHS, a social intervention, I said it’s ambitious but selfless and righteous. The ambition had to do with the greed and shallow thinking of implementation. We are all witnesses of the toll of challenges the implementation of FSHS is having on students, parents and Teaching and non teaching staff to date. We cannot imagine a worse scenario on all citizens because of ELevy ill-advised implementation.

E-levy is Ambitious, ill-fated expedition to rob citizens in its current form. The danger and ensuing challenges will be more disastrous than FSHS. The government has not gotten the Infrastructure in place to implement even the exemptions in the ELevy. The government is not ready with implementation infrastructure which is a key success factor.

Secondly, Nana-Bawumia government has a sense of entitlement of power to take whatever action due to tyranny of majority in Parliament phenomenon. This mentality has made them presented the E-levy in this abysmal and dysfunctional form is to use electronic means to take capital out of citizens for the government’s pleasure. The E-levy is robbing Peter to pay Paul.

Governments need to tax but the tax should make sense to help grow capital of citizens and not to diminish capital to kick them out of businesses. There is indeed a window of opportunity to tax in the New electronic transactions economy.

However, a thorough studies should be conducted into the taxable portion of electronic transactions. Citizens should be educated by the findings and understood by stakeholders in the electronic platforms for the well being of citizens. The mobile money vendors have cautioned the effects on their employment and volumes of business.
The current approach is tantamount to Super incompetence.

Thirdly, Nana-Bawumia government has a sense of gaining traction due to political polarization force in a duopoly to fool their party’s followers all the time for their blind support.

The ELevy is economic policy that will affect all and the government needs economic tools for sustainable solution. The general resistance and cry are also coming from those members in the government. The economic conditions in the country is dire and capital of citizens are being eroded by increases in inflation. Workers have little expendable income except for basic necessities of food, clothing and shelter.

ELevy should be suspended now until further notice.

If it takes Okada, farmers and bread winners of families to educate the ramifications of ELevy on their meagre income, then a listening government will go back to the drawing board.

It should not take yentua demonstration for the government to understand that leadership is by example and Ghanaians are unhappy with high levels of profligate expenditures and misuses of huge revenues in covid economy. Fix the economy now Nana-Bawumia government because you have the men.

The Akans has an adage “wonin owuo a hwe nda”. To wit if you don’t death guess it on sleeping. The challenges in FSHS alone are nature’s wonderful warning for ELevy to be suspended now.

I'm Adwenpa-Hene |Blogger & Broadcaster Journalist. I am the CEO and manager of this noble website. I publish on Entertainment, Sports, Politics, Lifestyle, and Technology. You can also follow Us on : YouTube Channel - My Ghana Media TV, Facebook - MyghanaMedia TV , Twitter - @MyGhanamedia2 & Instagram - My Ghana Media TV. Email Address: [email protected] Contact Us: 0200818719
@@MyGhanamedia2
Previous Fixing And Planting Of Delegates In Internal Elections May Cause Us More Harm – NPP Secretary Warns
Next Video: ‘My Appointment Has Not Been Terminated’ – MD Of Ghana Airports Company Ltd. Reacts To His Dismissal