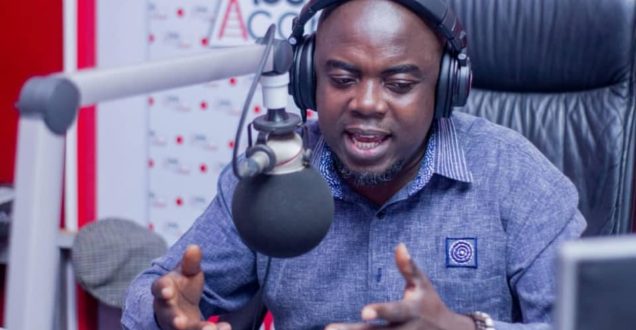 The Citizen Show host’s bail is with two sureties.

He has been charged with the publication of false news and offensive conduct after he was picked up by the Police on Thursday night.

The Court which heard the case was heard on Friday has adjourned the case to March 14, 2022.

Presenting the facts of the case, the police said Mr Bobie Ansah on January 1, this year, accused the presidential spouses of granting themselves “state lands at AU Village, around the Kotoka International Airport for the construction of Rebecca Foundation”.

The police said the presenter further called the First Lady, Rebecca Akufo-Addo “a thief and that she has stolen state land around the Kotoka International Airport,” a statement he knew was “likely to occasion the breach of the peace”.

According to the Police, Kwabena Bobbie Ansah’s arrest “became necessary after he turned down several invitations from the Police to him and others involved in the case to assist with investigations.”

Accra FM’s presenter, Kwabena Bobie Ansah has been granted a GH¢50,000 bail, after he was picked up by police late Thursday night.

Meanwhile, Police are on a manhunt for three others whom they said together with the Accra FM broadcaster.

They made the announcement in a press statement on Friday, February 11, signed by the Head of Public Affairs in the Ashanti Region, Dept. Supt. Juliana Obeng.

The Police said the suspects were invited to the police station to assist with investigation into the case of false statements against some individuals but they declined the invite on several occasions.