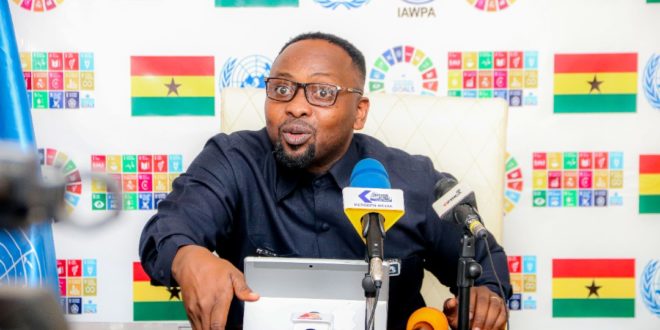 A United Nations (UN) Eminent Peace Ambassador and the Country Director for International Association of World Peace Advocates, Ghana Chapter, Dr Samuel Owusu has warned that the intolerance of free speech of citizens by government can mar the peace of Ghana if care is not taken.

That, he said can also affect Ghana’s position on the Global Peace Index next year.

His comments come after some persons in the country were arrested for speaking ‘against’ the sitting government and or the President.

The Executive Director of the Alliance for Social Equity and Public Accountability (ASEPA), Mr Mensah Thompson was arrested last week after claiming that the relatives of the first family used the Presidential Jet for shopping in London during the Christmas holidays.

Recently, Mr Kwabena Bobbie Ansah of Accra FM was also arrested in connection with an alleged case of publication of false news and offensive conduct about the First and Second Lady.

In a latest development, the Fix The Country Convener, Oliver Barker-Vormawor who was arrested recently has also been charged with treason felony and denied bail, following a social media post in which he sought to create the impression of staging a coup if the E-Levy is passed.

In an interview Ambassador Dr Samuel Owusu urged the government to adopt ways to address issues against persons who incite violence without going against their freedom of speech.

“The way intolerance is emerging in the country and the way the police or the government is talking about some people against their free speech and human rights can disturb the peace in Ghana and Ghana’s position on the Global Peace Index next year.”

He continued, “The whole world is watching and so I will plead that there are many options that the police, soldiers or the government as a whole can use to control persons who say things that can incite violence, but the way we are doing it can bring a lot of issues so the government should take note

See also  Africawatch: When Are We Reading Another Exclusive On Akufo-Addo