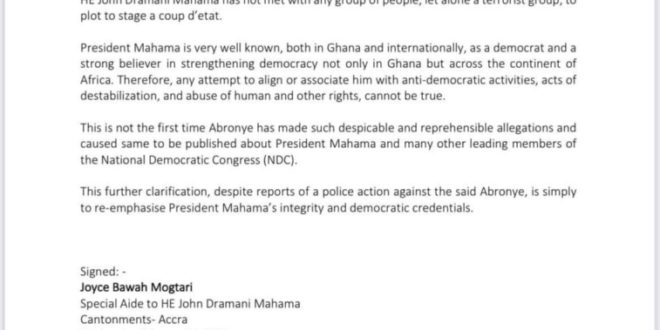 The former President John Mahama has dispelled claims that he is orchestrating a plan to unconstitutionally overthrow the government.

Mr Mahama, in a February 16 statement, dismissed any such assertion of any coup describing it as false.

The Bono Regional Chairman of the New Patriotic Party (NPP), Kwame Baffoe, popularly known as Abronye DC, was granted bail after he was charged with publication of false news, offensive conduct conducive to breach of peace.

Mr Baffoe claimed that the 2020 flagbearer of the National Democratic Congress (NDC) had planned to stage a coup against the government.

But he was unable to substantiate them when he was invited by the police.

According to the statement signed by Mr Mahama’s Special Aide, Joyce Bawa Mogtari, the accusations were concocted stories targeted at courting disaffection for him.

“This is not the first time Abronye has made such despicable and reprehensible allegations and caused same to be published about President Mahama and many other leading members of the National Democratic Congress (NDC).”

She further explained the former President’s democratic credentials make it impossible for him to even consider such a route.

“Therefore, any attempt to align or associate him with anti-democratic activities, acts of destabilization, and abuse of human and other rights, cannot be true,” she added. 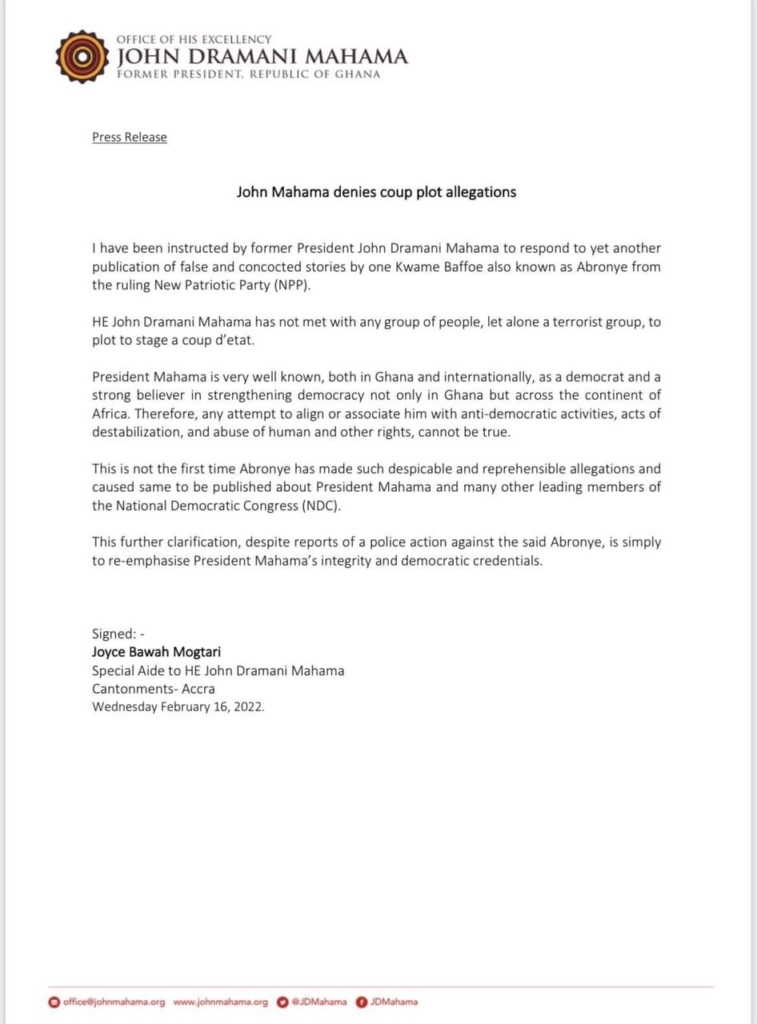