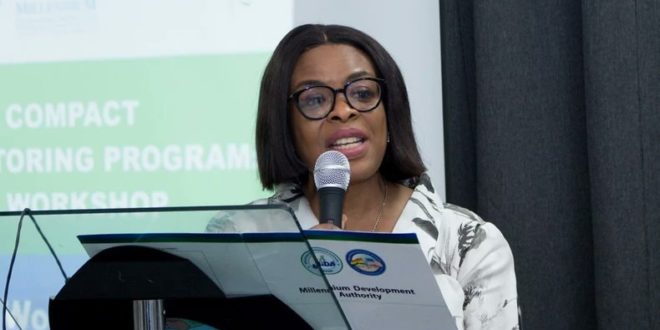 Pamela Djamson-Tettey has been appointed as the new managing director of the Ghana Airports Company Limited (GACL), an official statement on Thursday said.

It follows an emergency meeting by the board of the Ghana Airports Company Limited on Wednesday (16 February) after Yaw Kwakwa submitted his resignation, the statement from the company said.

Kwakwa was sacked on February 9.

Below is the full statement from GACL:

Akufo-Addo did not err in sacking GACL MD

The MD of GACL Yaw Kwakwa on Wednesday learnt of his dismissal in the news while touring the private jet terminal of the Kotoka International Airport.

A cross section of the public have questioned the manner in which the MD was sacked, saying it was unfair and unprofessional.

However, speaking to Kwaku Nhyira-Addo on The Asaase Breakfast Show on Thursday (10 February) Tampuli said the letter of his dismissal was addressed to the board of GACL for further action.

“It is rather unfortunate that some people circulated the letter and then the letter was made  public… if that was the intention it would have been put in the public, but the process had started and yesterday the board held a meeting to activate the process,” Tampuli said.

A letter dated 4 February 2022 and signed by Kwaku Ofori Asiamah, the Minister of Transport, said: “His Excellency the President of the Republic, per letter No OPS127/22/104 dated January 2022, has directed that the appointment of Mr Yaw Kwakwa as the managing director of the Ghana Airports Company Limited be terminated.”

The reason for Yaw Kwakwa’s sacking is not yet known.

Ghana Airports Company Ltd has been in the news recently following a back and forth with McDan Aviation over the launch of the private jet services company and permission to operate at Kotoka International Airport (KIA).