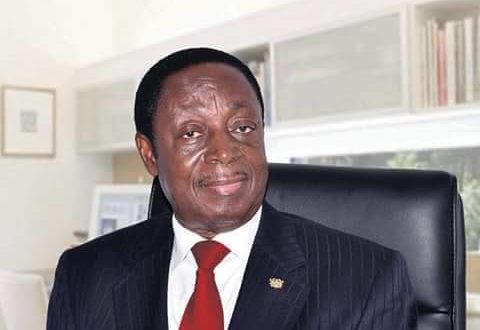 Court of Appeal To Dr. Kwabena Duffuor: Receiver Can Testify Against You

The Court of Appeal has ruled that the receiver of defunct Unibank Nii Amanor Dodoo can testify in the trial of Dr. Kwabena Duffuor and eight others.

Dr. Duffuor who is the founder of the defunct Bank is standing trial over charges including fraudulent breach of trust, falsification of accounts and dishonestly receiving.

Lawyers for Dr. Duffuor questioned the competency of the witness.

They argued that at all material times he was a senior partner of KPMG and was actively involved in the affairs of the bank during the period that it was under Official administration.

This the lawyers believe, was illegal and a breach of express mandatory prohibition as provided for in Banks and Specialized Deposit Taking Act for him to have been appointed as a receiver of the same bank within 24 hours after termination of official administration by the Bank of Ghana.

The High Court presided over by Justice Bright Mensah dismissed the objection.

He ruled that Mr. Dodoo was qualified and competent to testify because he can speak to issues that came to his knowledge by reason of his appointment as Receiver of Unibank.

He added that the evidence or information Mr Dodoo has gathered pursuant to an investigation team he put in place to look into the affairs and management of the bank.

Lawyers for Dr. Duffuor who were dissatisfied with the ruling asked the Court of Appeal to intervene. They argued that the Judge erred in arriving at that conclusion.

This view was rejected by the Attorney General’s Office represented by Director of Public Prosecution Yvonne Attakora Obuobisa.

She insisted Mr. Dodoo was not the Official Administrator of Unibank.

She insisted Accounting firm KPMG was the official Administrator and Mr. Dodoo was its senior partner. She pointed out that under Ghana’s Incorporated Private Partnerships Act a partner was distinct from the firm.

She added that Mr. Dodoo left KPMG after he was appointed as Receiver.

The Court of Appeal agreed with the AG’s office and affirmed the ruling of the High Court. It concluded that the application was wholly “unmeritorious”. This means, Mr. Dodoo can continue to testify at the High Court.