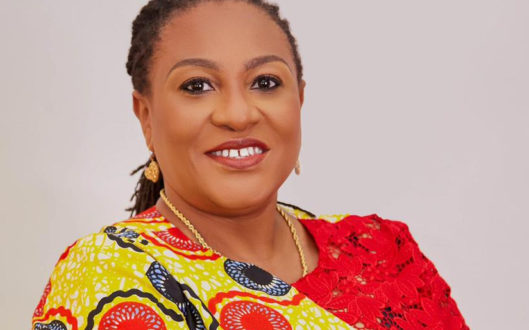 The Chairperson of the National Commission on Civic Education, Josephine Nkrumah, has resigned.

In a letter dated Monday, February 21, addressed to members and staff of the Commission, she wrote, “Please accept my warm compliments as I notify you of my resignation as the Chairperson of this Commission effective April 30, 2022.”

Madam Nkrumah expressed gratitude to the appointing authority stating, “It is an honour to serve Ghana through this Commission as Deputy Chairperson ( April 1, 2015 – December 19, 2016) and Chairperson ( December 20 – To date).”

The outgoing Chairperson also thanked all the members and staff of the Commission for their “cooperation and support during my service to the country as Chairperson. It has been an honour and pleasure working with you.”

She said in the coming weeks; she will furnish the Commission with her handing over notes during the time of transition.

However, Madam Nkrumah did not explain why she is resigning, but Joy News sources say she is taking up an appointment with the Economic Community of West African States (ECOWAS) as the Ambassador to Liberia.

She is one of the persons former President John Mahama appointed in December 2016 before leaving office in January. The other appointee was Joseph Whittal, to head the Commission for Human Rights and Administrative Justice.

Who is Josephine Nkrumah?

Before her appointment by Mr Mahama, Madam Josephine Nkrumah was the Deputy Chair in charge of Finance and Administration at the Commission.

In 2015, then NCCE Chair, Charlotte Osei, was appointed to the Chairperson of the Electoral Commission (EC).

Madam Nkrumah was appointed as NCCE Chair on December 20, 2016.

Ms. Nkrumah has a Bachelor of Arts degree in Law and French from the University of Ghana, Legon and was called to the Ghana Bar in February 1997.

She has a Master’s of Law (LLM) Degree from the International Maritime Law Institute (IMO), Malta, specialising in Maritime Law.

She served as a member of the Ministry of Transport’s Advisory Board and boards of other private companies. 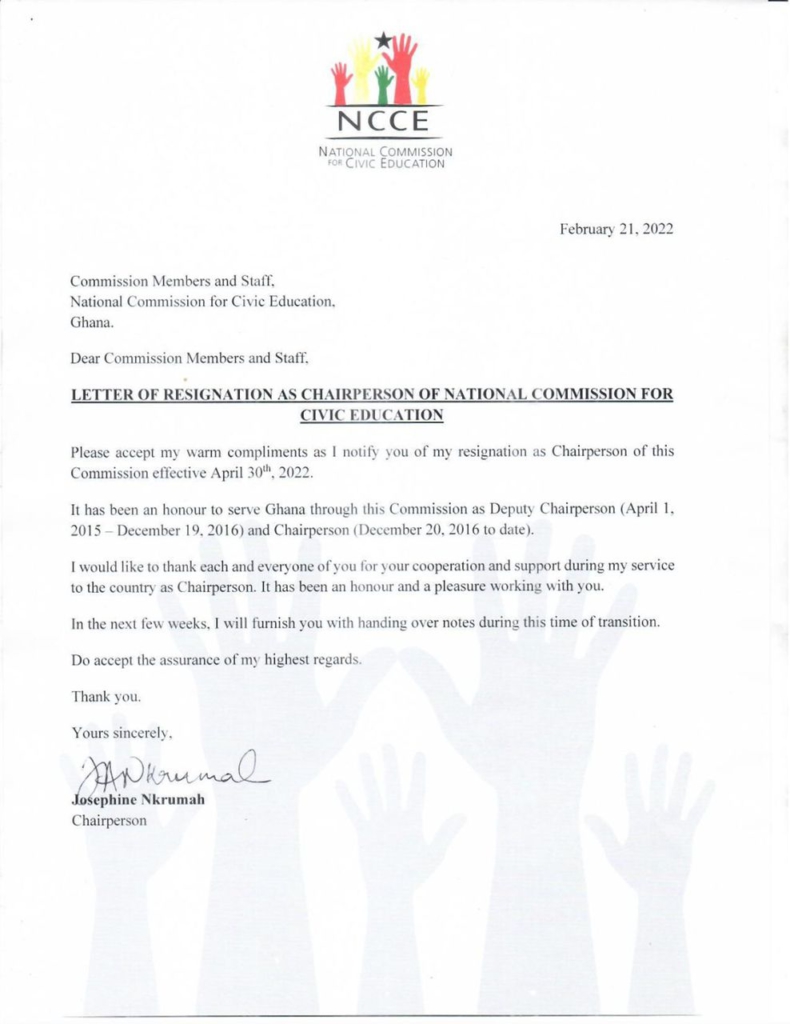