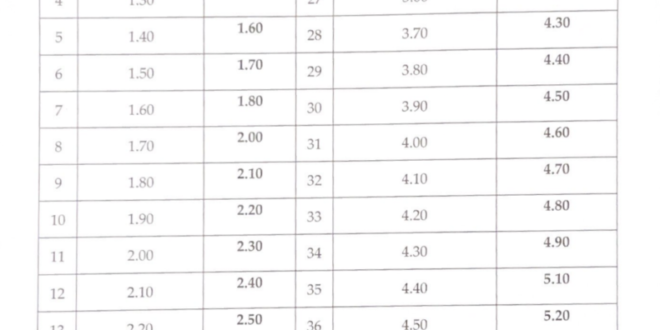 Transport operators in the country have agreed to adjust fares by 15 per cent, beginning Saturday, February 26, 2022.

A statement issued by the Road Transport Operators on Tuesday February 22 said “In line with the administrative arrangements on public transport fares, the Road Transport Operators after intense negotiations with stakeholders and in consideration of the plight of drivers , Commuters and the General Public, have agreed to increase public transport fares by 15 per cent.

They concluded negotiations on the increment after a marathon meeting on Monday.

The drivers say the hike has been necessitated by the increase in the price of fuel and the economic hardship the country is facing, which has affected their work.

The Chairman of the Ghana Private Roads Transport Union (GPRTU), Nana Nimako Bresiama, speaking to Obuoba Ofori Amanfo, the host of Ahenkan FM’s morning show “Maakye” urged the public to cooperate with the drivers to implement the new charges successfully.

Watch the interview below

“After lengthy deliberations and discussions, the conclusion was that transport operators have been given 15 per cent upward adjustment of transport fares, and the agreement is that this increment is taking effect right from Saturday, February 26, 2022.”

“We are urging all commuters to go strictly by this directive from the Ministry and the transport operators. Currently, the approved transport fare is the one with the 15 per cent increase because that’s what we have agreed upon,” he said.

The transport unions have proposed a 30 per cent upward adjustment, but after a meeting with stakeholders on Monday, they agreed to increase the fares by 15 per cent.

Over the past few weeks, there has been a consistent increase in the price of fuel at the pumps, a situation many drivers have described as insensitive.

Below are the new fares:

I'm Adwenpa-Hene |Blogger & Broadcaster Journalist. I am the CEO and manager of this noble website. I publish on Entertainment, Sports, Politics, Lifestyle, and Technology. You can also follow Us on : YouTube Channel - My Ghana Media TV, Facebook - MyghanaMedia TV , Twitter - @MyGhanamedia2 & Instagram - My Ghana Media TV. Email Address: [email protected] Contact Us: 0200818719
@@MyGhanamedia2
Previous NABTAG National President To NABCo Trainees: “Register Your Grievances And Displeasure Devoid Of Insult”
Next Madina MP, TV 3 Journalist Alfred Ocansey And Others Were Honoured At Smivic Business And Leadership Summit.