Breaking News
Home / AFRICA NEWS / Ghanaian Students In Ukraine To Gov’t: ‘We Are Scared; Please Come For Us’ 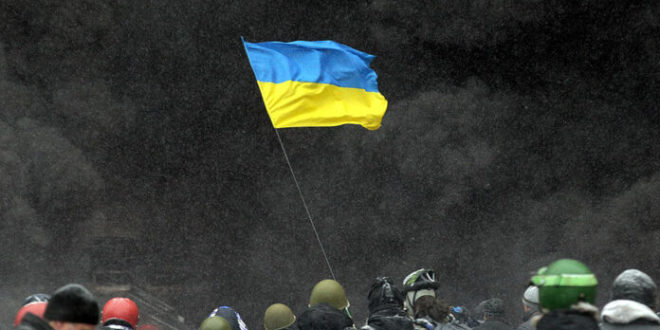 Ghanaian Students In Ukraine To Gov’t: ‘We Are Scared; Please Come For Us’

A Ghanaian medical doctor in Ukraine has appealed to the Ghanaian government to find means to evacuate them from war-hit nation since they are afraid for the lives.

According to Dr. Araba Maame Arkoah, Ghanaians living or schooling in Ukraine are shocked at the seeming silence of the Ghanaian government on their conditions in the country following the tensions.

“We are asking ourselves if the government of Ghana has not heard what is happening here? We keep getting scared, we really need the help of government. As it stands now, we need to come home. I’m scared, very scared, everybody around me is scared,” she told Francis Abban on the Morning Starr Thursday.

She said an airport 30 minutes drive from her residence has been hit by an explosive.

Another Ghanaian student Kwasi Mintah said: “For this morning we’ve heard a number of explosions. There about 900 students and in total we have about 1500 Ghanaians in Ukraine. The Ghanaians here are panicking, they are afraid”.

The Government of Ghana is gravely concerned about the security and safety of our over 1000 students and other Ghanaians in Ukraine and has asked them to shelter in place in their homes or in government places of shelter, 1/2

Today, the world woke up to the bombardment and invasion of Ukraine by the Russian Federation. Ghana condemns unreservedly this unprovoked attack on the sovereignty and territorial integrity of a United Nations Member State and calls on Russia to withdraw and end the war.

Russian forces have launched a military assault on neighbouring Ukraine, crossing its borders and bombing military targets near big cities.

In a pre-dawn TV statement Russian President Vladimir Putin said Russia did not plan to occupy Ukraine and demanded that its military lay down their arms.
Moments later, attacks were reported on Ukrainian military targets.

Russia launched a full-scale invasion of Ukraine confirming the West's worst fears with the biggest attack by one state against another in Europe since World War II https://t.co/zcMPQTBBUb pic.twitter.com/ZOwrrT8L7D

"Putin chose this war": President Biden unveiled additional economic sanctions against Russia on Thursday, as he declared the country's continuing assault on Ukraine a "premeditated attack."

"Every asset they have in America will be frozen," he said. https://t.co/B7EAnoGSbR pic.twitter.com/rWMmnXLKyl

Ukraine said that “Putin has launched a full-scale invasion of Ukraine”.

Russian military vehicles were said to have breached the border in a number of places, in the north, south and east, including from Belarus.