Breaking News
Home / GENERAL NEWS / “NPP Is In Trouble, We Are Going To The IMF Whether We Like It Or Not” – Dr. Amoako Baah 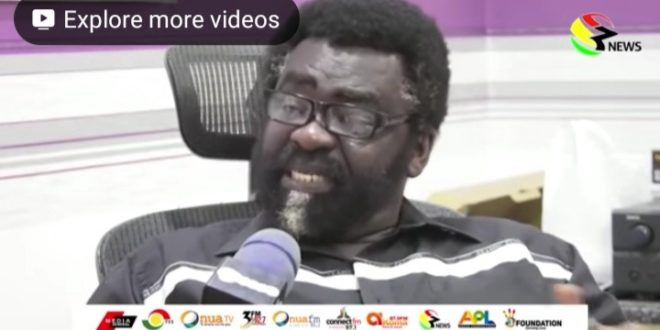 “NPP Is In Trouble, We Are Going To The IMF Whether We Like It Or Not” – Dr. Amoako Baah

The proposed idea of going to the International Monetary Fund ( IMF) for loans according to some Ghanaians doesn’t sound good because we cannot account for the huge sums of money they have given us.

This and many more have sparked debates and arguments among citizens in the country.

A political scientist and leading member of the ruling New Patriotic Party, Dr. Amoako Baah said the country cannot avoid going to the IMF and by far, it is inevitable.

According to him, the country is “broke” and in that matter needs to go to the IMF whether they like it or not.

He added that aside IMF there is nowhere to get money for the development and pay salaries of the workers in the country.

In his speech, he said the government can delaying it a little but it is inevitable. “We are going “,he said. He recalled a statement he said to the Former President of Ghana, John Dramani Mahama saying, “I once told him to go to the IMF before he leaves office. As claimed by Mr. Amoako Baah, John Dramani Mahama at first didn’t want to go but later agreed to go.

“This is because at this point, where do we get the money. We get loans in other to pay others. He continued by saying the speculations we hear about the monies getting lost is not true but they use the money to pay others. Owing to that, when we say it to Ghanaians, it is like we are snitches.

I'm Adwenpa-Hene |Blogger & Broadcaster Journalist. I am the CEO and manager of this noble website. I publish on Entertainment, Sports, Politics, Lifestyle, and Technology. You can also follow Us on : YouTube Channel - My Ghana Media TV, Facebook - MyghanaMedia TV , Twitter - @MyGhanamedia2 & Instagram - My Ghana Media TV. Email Address: [email protected] Contact Us: 0200818719
@@MyGhanamedia2
Previous Video: Government May Not Be Able To Pay Salaries For Next 3 Months – Alban Bagbin Cautions
Next Afenyo-Markin: Evacuation Of Ghanaians From Ukraine The More Reason We Need E-levy