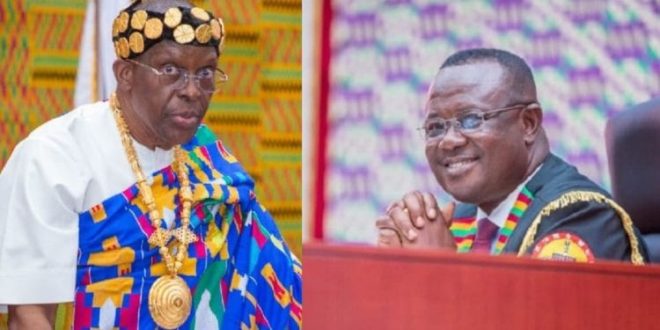 “After I heard the arguments from the proponent of the motion and the adversaries, I was convinced that the objection was well-placed, and I, therefore, sustained it. It was never a review of any decision earlier taken by Mr. Speaker to admit the motion to set up a special committee, as he seems to suggest in his formal communication,” Mr. Osei-Owusu noted in a statement.

He said the recent comment by Alban Bagbin on his conduct sets a dangerous path for Ghana’s democracy.

“To say that my ruling is offensive, illegal or unconstitutional because he would have ruled differently is, in my view, a rather dangerous approach to democracy.”

The Speaker of Parliament, Alban Bagbin, on Wednesday took on his first deputy, Joseph Osei-Owusu over the latter’s decision to dismiss a private member’s motion seeking to probe the government’s COVID-19 expenditure.

According to him, such actions are illegal and offensive and must not reoccur, especially when he had already admitted the motion.

Bagbin said despite his disapproval of Joe Osei-Owusu’s ruling, he will not take steps to reverse it.

But Joe Osei-Owusu in his statement expressed his reservation about the Speaker’s position.

He strongly expressed the view that he as a Deputy Speaker of Parliament or any member, while presiding “exercises the same powers and applies the same Standing Orders and Constitutional provisions to manage the House while on the Chair. It is not the case of the President and his Vice, as Mr. Speaker suggests.”

“Mr. Speaker’s last description of my ruling as illegal, unconstitutional and offensive is most unfortunate and epitome of intolerance of different views,” he added.

See also  Video: Government May Not Be Able To Pay Salaries For Next 3 Months – Alban Bagbin Cautions 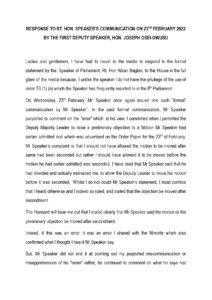 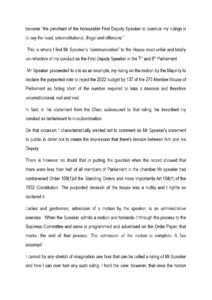 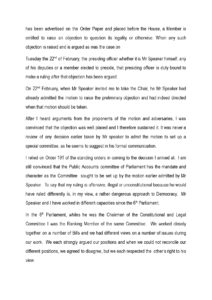 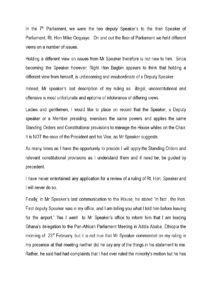 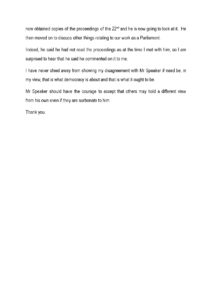