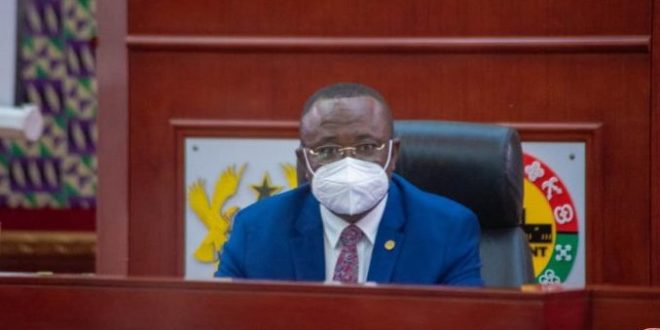 The First Deputy Speaker of Parliament, Joseph Osei-Owusu, popularly known as Joe Wise has insisted his actions on December 21, 2021 to change over with the Second Deputy Speaker to cast his vote was not illegal.

On December 21, 2021, Parliament was set to decide whether the E-levy bill was to be accepted under a certificate of urgency or not.

However, the sitting which was presided over by Joe Wise turned chaotic when the Minority side attempted to prevent the Deputy Speaker from vacating his chair to participate in the headcount voting process.

According to them, it was illegal for the presiding officer to vacate his seat to join the House in order to be counted.

This eventually turned into a full blown fisticuff leading to the sitting being adjourned to a later date.

Reacting to the incident, Joe Wise noted that his position in the entire matter has been misrepresented.

“It is clear that you do not retain your original vote whilst on the seat. What I did on that day was that after the 2nd Deputy Speaker had voted, I invited him to take the chair, so I can leave the chair, de-robe and vote.

“In actual fact, all that happened I did not see it because I had left the chamber. I saw a video of it. I had gone to de-robe, I was coming out when I saw the Second Deputy Speaker and that’s when he said there was violence around the chair.

“The issue is that when I left the chair, then the, Minority members tried to prevent the Second Deputy Speaker from taking the chair for proceedings to continue,” he stated.

Speaking on JoyNews’ PM Express, he stated that the allegation that he had attempted to be vote from the chair or while still presiding was misconstrued.

He explained that, he being a Member of Parliament, it was his right to cast a vote and thus has the right to vacate the chair to join the rest of the House to cast his own vote.

“So my insistence is not to vote from the chair, but as and when necessary I will leave the chair if I’m the one presiding or when the 2nd Deputy Speaker is presiding, he can leave the chair and change over so he can also exercise his vote. That, I insist on it,” he said.

Explaining further, he stressed that his decision was not absurd.

“If you read the whole Standing Order, the part dealing with headcount or division, it says that if even a member who was not in the chamber, and who did not hear the question put is entitled to vote. What about me? I’m a member, heard the question, because I was presiding I didn’t vote. But when it comes to the headcount my rights are not taken away,” he said.

See also  Believe Nana Addo If He Says He Will Turn The Economy Around – Alfred Thompson Tells Ghanaians
Source: myjoyonline.com