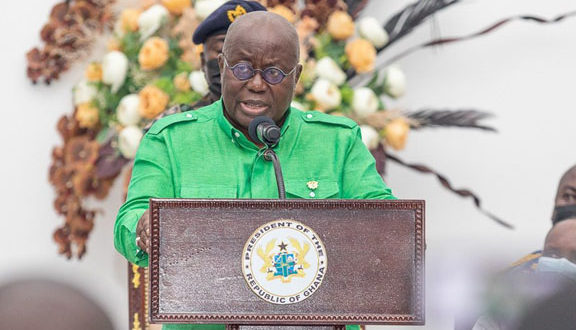 No matter the challenges confronting any country or the continent of Africa, the President of Ghana, Akufo-Addo insists a coup is not the solution.

Instead, he thinks democracy is the best bet.

At a meeting with the newly elected leadership of the Pan African Youth Union (PYU), he said “we have seen what the eras of coups and military interventions did to our continent and in our various nations; it did not bring us (the African continent), the progress that we should have had.”

Rather, he said, “the issues before our continent are well known; how to engender the peace and security of our continent, promote good governance, and of course, as a result, accelerate the development of our economies and improve the living standards of our people.”

He thus urged the leadership of the PYU “to preach the lessons, the virtues of democrat engagement, preach the virtues of Africa being responsible and capable of promoting and defending its interests, is a very heavy responsibility that has been placed” on them.

After listening to the newly elected Secretary-General of PYU, Ahmed Bening Wiisichong who happens to be a Ghanaian and President of the Union, Mumuni Diala, President Akufo-Addo said he was fully persuaded that they will live up to the task.

He thus gave them his word “you will have the support of this government and myself personally in whatever you are doing so long as it is geared towards these goals” the President assured the delegation.”

As part of the visit, the leader of the delegation Pius Enam Hadzide who is the Chief Executive Officer (CEO) of the National Youth Authority (NYO) also presented a citation to the President, conferring on him the Africa Peace Prize from the Youth of Africa for his efforts in promoting peace in West Africa and the continent as a whole.

In his brief remarks, Mr. Wiisichong, observed that President Akufo-Addo’s exemplary leadership on the continent of Africa paved the way for his election to the high office of secretary-general of the PYU.

“I will use this opportunity to congratulate you for providing leadership and for guiding us through this journey. We want to assure you that we shall deliver on the mandate that we have been given in achieving the objectives of agenda 2063 and Africa we want”

The Pan African Youth Union (UPJ/PYU), is the coordinating body for youth organizations in national, regional, and continental Africa.

There are competing regional and sub-regional organisations across Africa. The UPJ/PYU is a member of the International Coordination Meeting of Youth Organisations (ICYMO) and is recognised as the regional youth platform from Africa.

In 2016 the UPJ/PYU signed a cooperation agreement with the Commonwealth Youth Council to strengthen regional youth representation.