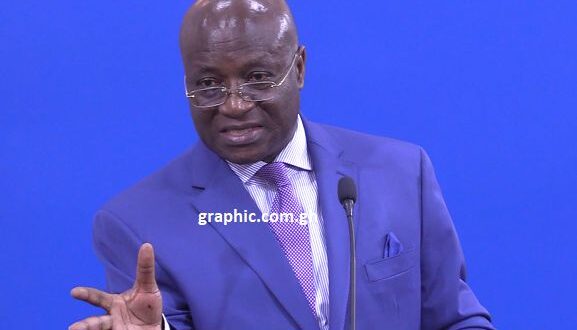 Osei Kyei Mensah-Bonsu said the Dome-Kwabenaya MP has officially written to the Speaker making the request.

Speaking on Accra-based Neat FM, the Majority Leader said he finds it hard to determine the reason for the extension.

“On Wednesday, she wrote to the Speaker asking for a four-week extension. She explained that her injured child is still responding to treatment. I cannot say whether or not she is ok, since I am not there with her.”

“I cannot also tell if the Speaker has agreed to the extension.”

The Dome-Kwabenya MP has been the subject of criticisms from some of her colleagues for absenting herself from Parliament since the current Parliament started sitting.

They accuse her of holding the Majority Caucus to ransom, considering the numbers needed to pass the controversial E-levy bill.

Adwoa Safo has been accused of requesting to be made the Deputy Majority Leader in Parliament, a position she held in the previous Parliament and had decided to stay away from Parliament because her demand had been turned down.

Per the constitution and parliamentary procedure, an MP who is absent from Parliament for more than 15 days can be hauled before the Privileges Committee, which can lead to the seat being declared vacant.