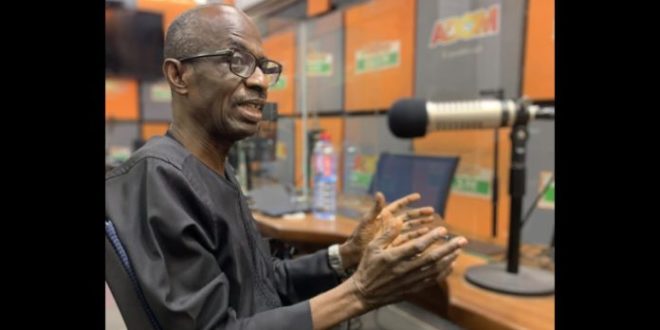 The General Secretary of the National Democratic Congress (NDC), Johnson Asiedu Nketia, has stated the Majority side in Parliament will still not be able to have all its members pass the controversial Electronic Transaction Levy (E-levy).

This, according to him, is because one of the New Patriotic Party (NPP) parliamentarians is down with a stroke and on admission at a hospital.

General Mosquito, as he is widely known, disclosed this on Accra-based Starr FM but did not mention the name of the MP or hospital.

“They think they can win this game of numbers through an expensive exercise by trying to force some of our MPs out and take their seat. Now you have one of your MPs struck down by a stroke, he is in intensive care as we speak,” he claimed.

His comments come a few days after First Deputy Speaker and Bekwai Member of Parliament, Joseph Osei Owusu (Joe Wise), revealed they no longer count Dome-Kwabenya MP, Adwoa Safo who has been absent from parliamentary duties for some time now as part of them.

See also  Some CSOs Wanted Me Out Of Office – Akufo-Addo

But to Mr. Nketia, he fully supports Miss Safo’s decision if only it is to ensure the e-levy is not passed because it is not a good thing for the country.

He also mentioned two other NPP MPs have been caught up with the law of absenteeism and queried if the party is willing to sacrifice the trio if they are pushing for Adwoa Safo’s dismissal.

play the audio below for more details:

In view of this, he is convinced even if the Assin North MP, James Gyakye Quayson, is removed from parliament, the controversial bill will still not see the light of day.

He stressed that E-levy cannot generate the resources for development, adding the government is not being truthful to Ghanaians.