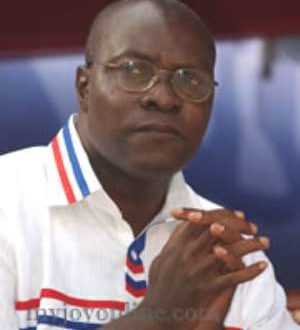 Political activist, Dr Arthur Kobina Kennedy, has noted that individuals who are committed to staging a coup d’etat do not sit on media platforms to make their initiatives known to the public.

According to him, that is the norm because the success of a takeover is hinged on secrecy, therefore, anything short of this could foil their plans.

Speaking on JoyNews’ Newsfile on Saturday, he said: “People who are planning to stage coups normally don’t plan on radio. They don’t make announcements on radio before they go and do whatever they do because secrecy is of utmost sense.”

Dr Kobina Kennedy was contributing to discussions on the subject “Coup mongering and hysteria; threat to democracy”. The discussion has become imperative after Adansi Asokwa MP, K.T. Hammond asked the police to invite the Dean of the University of Ghana School of Law, Prof. Raymond Atuguba for suggesting that Ghana is ripe for a coup d’etat.

Prof Raymond Atuguba has warned that “a big part of why certain coups succeed and others fail is the economy.”

According to him, the sorry state of Ghana’s economy coupled with the public sentiments is one of the reasons why people will make such comments about a potential coup.

In response to calls for the arrest of individuals just at the mere mention of coup, Dr Kobina Kennedy told host, Samson Lardy Anyenini, it must not be the case. He argued that a caution or comments on reasons a coup may take place in the country cannot be criminalised.

He said: “When you have high blood pressure, you don’t think because people around you keep mentioning blood pressure (you had it). It’s because you have bad genes and you don’t eat well and other associated factors like stress and other things.”

See also  Walewale Watermelon Factory To Be Completed In March 2022

For him, individuals who have condemned the comments made by Professor Atiguba have failed to grasp the theme being put across, that is the mismanagement of the country’s resources to develop the economy.

“I think that the sad part of all this hysteria that you’ve rightly pointed out is that we miss an opportunity to have a sober discussion about fundamental issues. I noticed that all these people that you quoted have all missed the essence of Prof Atuguba’s message about our economy, its mismanagement that if we are not careful it may be exploited by adventurers.”

In recent times, the security agencies arrested some persons over accusations and threats of coup-inciting sentiments.

#FixTheCountry Movement convener, Oliver-Barker Vormawor, is currently facing treason felony charges after taking to social media threatening to stage a coup over his disapproval of the implementation of the Electronic Transaction levy (E-levy).

I'm Adwenpa-Hene |Blogger & Broadcaster Journalist. I am the CEO and manager of this noble website. I publish on Entertainment, Sports, Politics, Lifestyle, and Technology. You can also follow Us on : YouTube Channel - My Ghana Media TV, Facebook - MyghanaMedia TV , Twitter - @MyGhanamedia2 & Instagram - My Ghana Media TV. Email Address: [email protected] Contact Us: 0200818719
@@MyGhanamedia2
Previous Akufo-Addo: Coup d’etats In Africa Denied Us The Progress We Should Have Had
Next Our Salaries Do Not Stay, Social Services Killing Us In The Pocket – MPs Bemoan