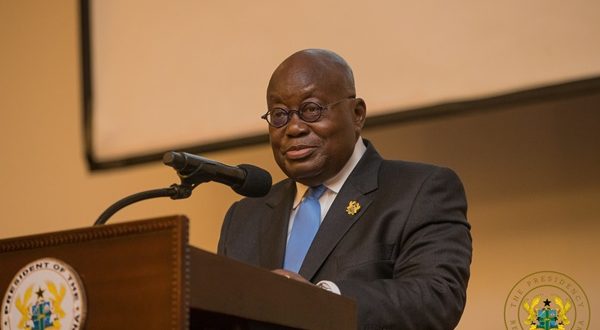 Amidst the growing depreciation of the cedi and the recent increments in fuel prices, government is expected to hold a crunch cabinet meeting to find solutions to the raging economic challenges.

The meeting is expected to take place at the Peduase Lodge, from Thursday, March 17, to Sunday, March 20, 2022.

The deliberations will be chaired by President Akufo-Addo, together with all NPP MPs, ministers, government appointees, and the governing New Patriotic Party (NPP) leadership.

According to the sources, the meeting will discuss whether government should continue to push through with the E-levy Bill or resort to the International Monetary Fund (IMF), in the face of the current fiscal hurdles.

Confirming the retreat on Joy FM’s Midday News on Thursday, the source further said the meeting will discuss other pertinent issues relating to the country’s development.

In a tweet on Thursday, a leading member of the ruling New Patriotic Party, Gabby Otchere-Darko also indicated that given the current deadlock on the controversial E-Levy Bill, there’s the need for a ‘national debate’ on the way forward.

“2022 began without the usual $3 billion injections of Eurobond cash. Govt’s post-COVID recovery GhanaCARES programme hinged partly on an E-levy which Parliament may not even OK.

“There should be a national debate: do we want IMF or E-Levy or both or none? Tough decisions confront Ghana”, he tweeted.

See also  Galamsey Fight: Contact Us If You Lack Ideas - Otukonor To Akufo-Addo

2022 began without the usual $3bn injection of Eurobond cash. Govt’s post-COVID recovery GhanaCARES programme hinged partly on an E-levy which Parliament may not even OK. There should be a national debate: do we want IMF or E-Levy or both or none? Tough decisions confront Ghana.

2022 began without the usual $3bn injection of Eurobond cash. Govt’s post-COVID recovery GhanaCARES programme hinged partly on an E-levy which Parliament may not even OK. There should be a national debate: do we want IMF or E-Levy or both or none? Tough decisions confront Ghana.

Meanwhile, an Economist and former Board Chairman of the Ghana Revenue Authority (GRA), Professor Stephen Adei has refuted claims that Ghana’s economy is on the verge of collapse.

Speaking in an interview on JoyNews’ Upfront, he said the economy is not collapsing but “we are in difficult times.”

According to him, the country’s economy is stronger “than the word broke.”

His comment comes after an economist with the University of Ghana Business School (UGBS), Prof. Godfred Alufar Bokpin, warned of possible collapse of Ghana’s economy.

Speaking on the Super Morning Show, Prof. Bokpin reiterated that as the country’s debt stock hits high distress levels, the current debt situation could get worse by the end of September if proper interventions are not implemented.

See also  Video: Avoid Doggy If Your Manhood Is Small – Sex Coach To Men [18+ Only]

Ghana’s current public debt stock stands at a staggering ¢341.8 billion with a corresponding debt to GDP ratio of more than 77% as of September ending 2021.

This means if the country should share this amount across the country’s 30.8 million population, everyone will owe approximately ¢11,000.

In the first quarter of 2022, government has indicated that it will borrow a total of ¢24.5 billion from the domestic market of which ¢20.7 billion will be used to service existing debt in the local market, leaving government with just ¢3.8 billion to finance other expenses.

For you to get out of the rag you will have to cut your expenditure to ¢2,000 because you must service your debt. So we are in that situation as a country,” he said.

He explained that although cutting expenditure might be difficult for the government, especially nearing an election period, that is the right way to go.

“… And they [government] must thank God that this crisis has come now and not 2023, because if they don’t go for the hard one now, which normally will take about 18 months to go over this type of hunch, then they have a good chance by the middle of 2023 to see some good results in 2024.

If not, things would get worse and they want to prevent being thrown out of government, they would be thrown out anyway,” he said.