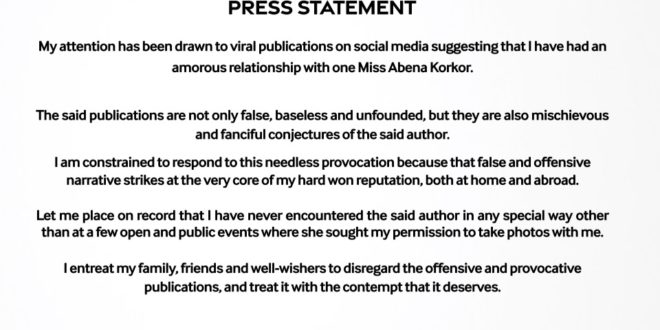 In a tweet on Thursday, the former Black Stars midfield maestro explained the circumstances of their meeting. 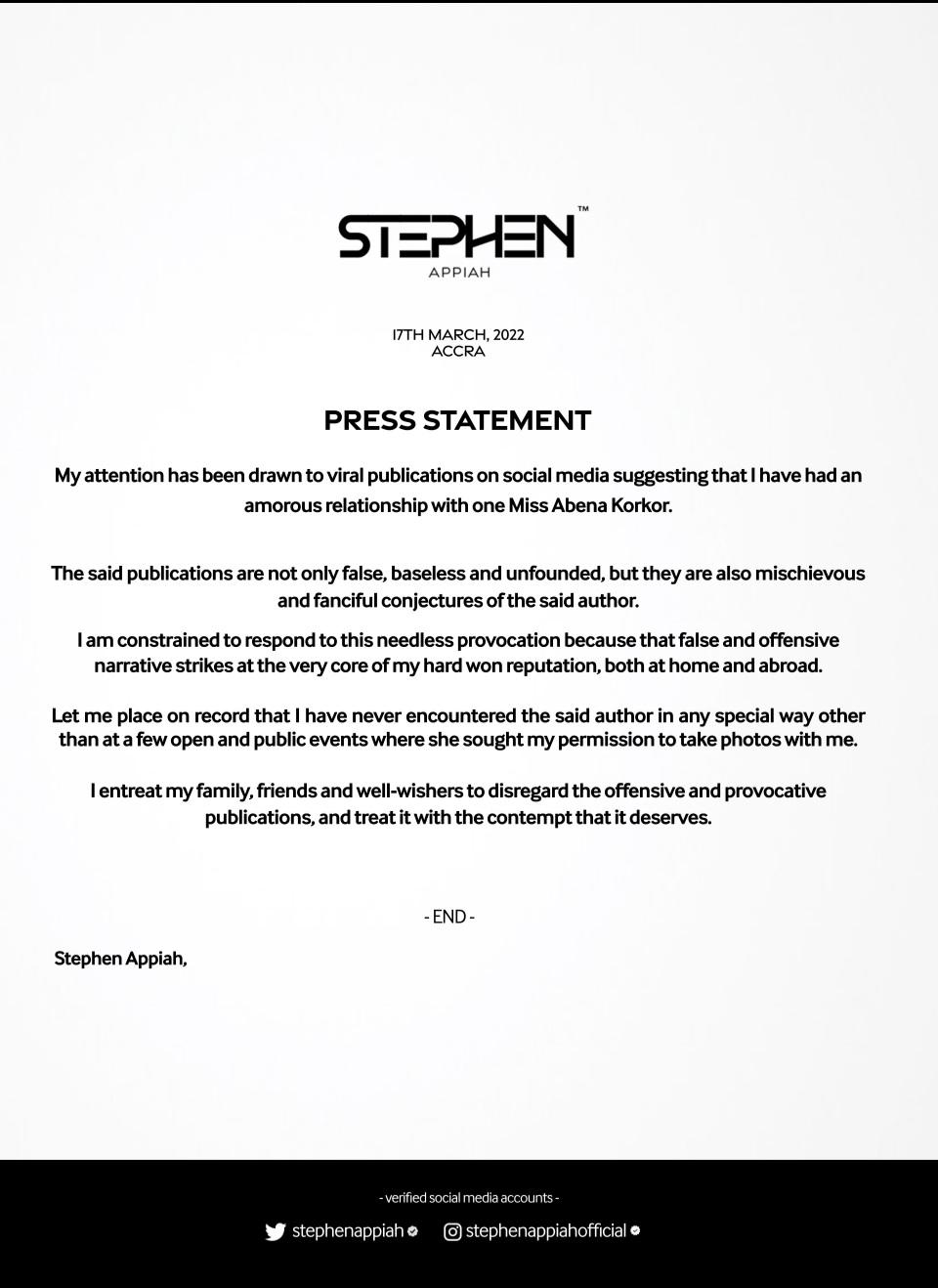 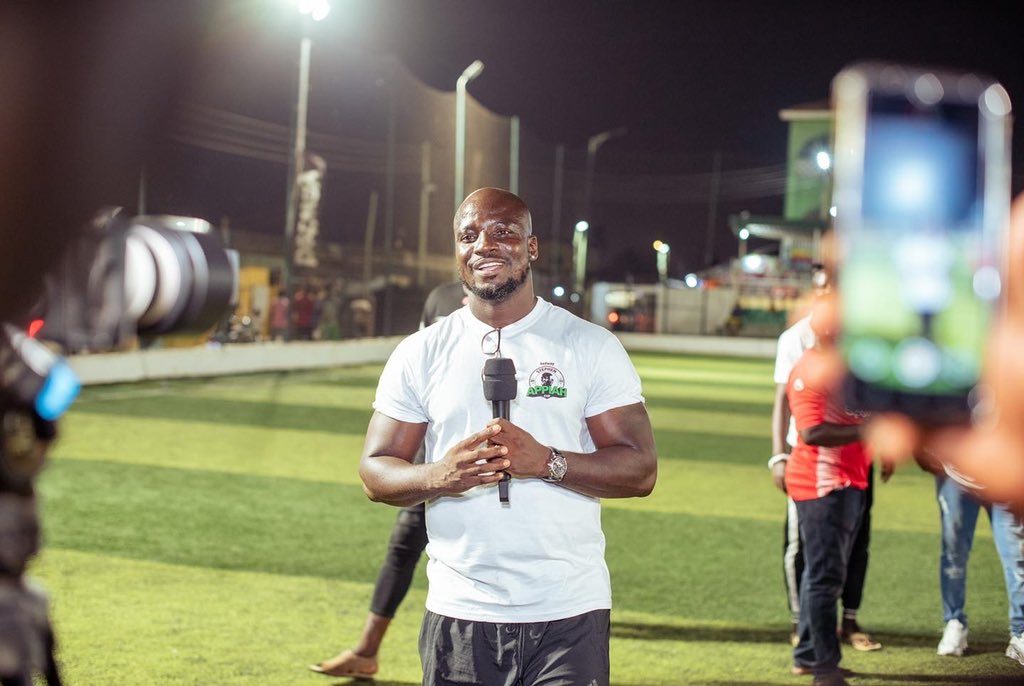 The former Udinese player said, “I have never encountered the said author in any special way other than at a few open and pubic events where she sought my permission to take pictures with me.”

Recently, the controversial self-acclaimed mental and sexual health therapist released a list of celebrities she has slept with.

Footballer Asamoah Gyan and singer Stonebwoy were among some of the celebrities Abena Korkor mentioned.

The revelations caused an uproar on the microblogging site.

But reacting to her claims, Mr Appiah said it is untrue that he has an amorous relationship with Miss Korkor.

According to him, the said any said publications about him and her “are not only false, baseless and unfounded, but they are mischievous and fanciful conjectures of the said author.”

Stephen Appiah added, “I am constrained to respond to this needless provocation because that false and offensive narrative strikes at the very core of my hard-won reputation, both at home and abroad.”

He entreated his family, friends and well-wishers to “disregard the offensive and provocative publications and treat it with the contempt it deserves.” 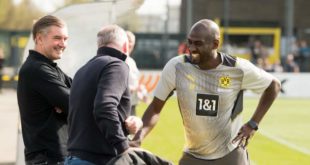