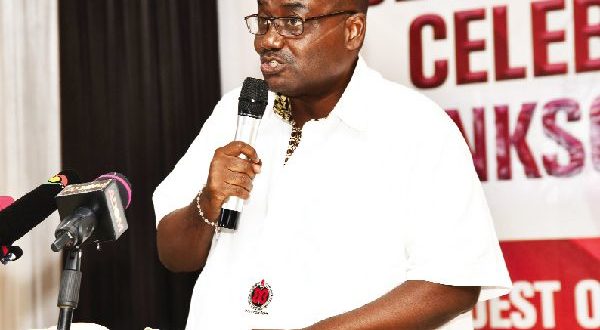 The Executive Secretary of the Civil and Local Government Staff Association of Ghana (CLOGSAG), Dr. Isaac Bampoe Addo has confirmed the sacking of 20 Civil Servants by the Head of the Civil Service for engaging in partisan politics.

In an interview , Dr. Bampoe Addo said the victims fell foul of the law.

“Just last year, about 20 of our members were dismissed for involving themselves in partisan activities”

Their dismissal was in line with the Supreme Court’s ruling in 2017 that held that a member of the Civil Service or Local Government Service cannot contest for elections, other than local government elections, or hold a political party position.

In the unanimous view of the 9-member panel of the Supreme Court, it indicated that excessive partisanship in the Civil Service or Local Government Service affects the anonymity and neutrality principle that is required for the Civil Service to function effectively.

CLOGSAG is therefore not happy that Henrietta Lamptey, who they accused of being partisan has been appointed acting Registrar of the Birth and Deaths Registry by President Akufo-Addo.

Mr. Bampoe Addo said his colleagues who crossed the partisan lines were dismissed, therefore the Head of the Births and Death Registry should also suffer the same fate for the sake of fairness.

“She was the Personal Assistant to Hajia Alima and this is known to everybody, how can you then double up and then you now want to come to the Civil Service. Per the Supreme Court’s ruling, everyone should be in their lane, so be in your lane,” he said.

See also  Otumfuo To Dormaahene: If You Are A Man, I’m Also A Man

“So why should a known Personal Assistant of a Minister known, be appointed to act. It’s a clear violation of the Supreme Court ruling. So our members have been dismissed, so you yourself, what should be done to those who have done this appointment. She should also be dismissed or else if you think it is right, then our members should be called back to work,” he added.

According to him, the Service “will use whatever means available to them [CLOGSAG] for government to reverse it [the appointment of Henrietta Lamptey as Head of the Births and Deaths Registry ].”