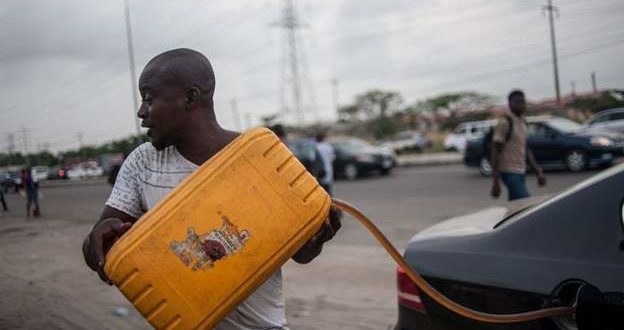 Nigeria’s president, Muhammadu Buhari has apologised for the hardships caused by recent fuel shortages and the power cuts that followed this week’s collapse of the national grid which left the entire country without state-supplied electricity for hours.

The West African nation already generates too little electricity to supply its population of 200 million, generally hovering at around 4,000 megawatts a day.

Nigeria may be Africa’s largest oil producer, yet its oil refineries are not working to capacity, so crude oil is exported and refined products imported.

Imported fuel became scarce last month after measures were taken to quarantine millions of litres of adulterated fuel already in the market because the methanol-blended petrol had begun to damage vehicles.

The shortage is the worst since President Muhammadu Buhari came to power nearly seven years ago, and the government is being severely criticised for not doing enough to address the problem.

Mr Buhari said his government was working around the clock with the sector to increase the supply of fuel – and directed the petroleum ministry, the state-owned oil company NNPC and security agencies to take “strong actions’” against owners of petrol stations and officials at depots who are “not behaving properly” – a reference to those involved in corruption.

Petrol prices have more than tripled on the black market and only a few petrol stations are selling fuel, leading to major disruption to road, air and rail transport.

When it came to the electricity supply, the president said a number of factors were to blame – technical problems at thermal stations, gas pipelines to power stations being vandalised and a dip in a hydroelectric generation because of “seasonal pressures” on dams.

I'm Adwenpa-Hene |Blogger & Broadcaster Journalist. I am the CEO and manager of this noble website. I publish on Entertainment, Sports, Politics, Lifestyle, and Technology. You can also follow Us on : YouTube Channel - My Ghana Media TV, Facebook - MyghanaMedia TV , Twitter - @MyGhanamedia2 & Instagram - My Ghana Media TV. Email Address: [email protected] Contact Us: 0200818719
@@MyGhanamedia2
Previous Today’s Newspaper Headlines; Friday, 18th March, 2022
Next ‘I Apologise For Dragging Our Private Business Into The Limelight’ – Abena Korkor To Stephen Appiah, Others