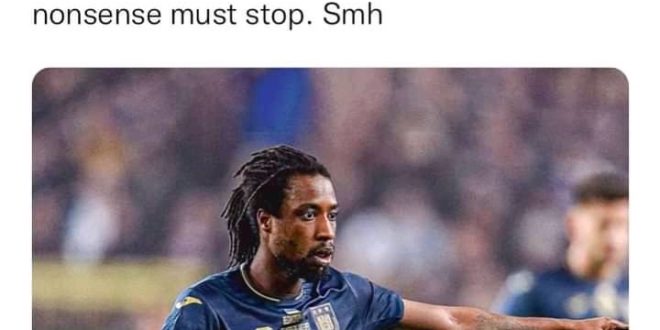 Former captain of the Black Stars, Asamoah Gyan, has criticised the decision to leave out Majeed Ashimeru from the Black Stars squad to face Nigeria in the FIFA World Cup qualifier playoff.

Ashimeru has been in red hot form for Anderlecht in the Belgian top-flight since the turn of the year, raising suggestions that he could be recalled into the team the national team after missing out on the 2021 Africa Cup of Nations.

However, the 24-year-old was ignored in Otto Addo’s 27-man squad which was released in the early hours of Tuesday, March 22.

Reacting to the announcement of the squad, Ghana’s all-time top-scorer took to his social media page to criticise the decision to leave out ‘the best midfielder in Ghana after Thomas Partey’

Ghana will host Nigeria in the first leg of the two-leg encounter on Friday, March 25 before facing the Super Eagles in Abuja four days later.

I still insist that Ashimeru deserves to be in this current Black Stars BUT am sorry for using the word “ Nonsense “ in my statement so I unreservedly withdraw that word , I was carried by my emotions .
Go Ghana 🇬🇭 🙏🏿

I'm Adwenpa-Hene |Blogger & Broadcaster Journalist. I am the CEO and manager of this noble website. I publish on Entertainment, Sports, Politics, Lifestyle, and Technology. You can also follow Us on : YouTube Channel - My Ghana Media TV, Facebook - MyghanaMedia TV , Twitter - @MyGhanamedia2 & Instagram - My Ghana Media TV. Email Address: [email protected] Contact Us: 0200818719
@@MyGhanamedia2
Previous Commercial Sex Workers In Accra Increase Charges Over Current Economic Hardship
Next Health Ministry To JoyNews: We Don’t Have Information On Agenda 111 In Our Custody