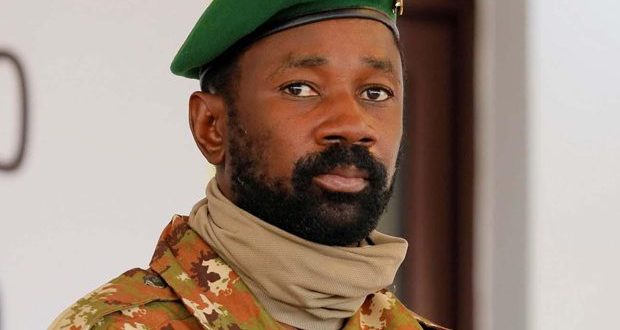 The head of Mali’s interim government , Col. Assimi Goita,   is to attend Thursday’s ECOWAS extraordinary summit in Accra, Ghana, to negotiate a compromise political transition programme and review the sweeping sanctions imposed on Mali by the regional organisation.

An official letter from the ECOWAS Commission addressed to Mali’s Foreign Ministry extended the invitation to Goita, leader of two coups and whose administration has delayed a previous transition timetable, which prompted ECOWAS’ suspension and blockade of Mali.

Former Nigerian President Goodluck Jonathan, the ECOWAS Mediator on the Mali crisis ended his latest mission to Bamako this week without any agreement on the transition programme.

Diplomatic sources say Thursday’s summit is to negotiate a compromise transition timeline of between two years and 12 months.

The meeting comes on the heel of a damning disclosure by French President Emmanuel Macron, that he was instrumental to the sanctions imposed by ECOWAS and the African Union on Mali.

Relations between France and Mali have taken a turn for the worse with France pulling out its forces fighting Islamic insurgency in Mali and the Sahel.

The French troops are being relocated to neigbouring Niger Republic after Paris accused the Bamako junta of engaging Russian private defence agency Wagner for military support.

The Goita government has responded by expelling the French Ambassador from Mali and announced the sacking of French media groups RFI and France24 from Bamako.

Goita’s invitation to the ECOWAS summit is seen as a climbdown by the regional bloc, which has been accused of inconsistency and ineffective strategy in dealing with the resurgence of military coups in its member States – Mali, Guinea and Burkina Faso.

Guinea and Burkina Faso are also suspended from ECOWAS but have been spared ECOWAS’ harsh sanctions even though in defiance of the organisation’s demand, their military rulers have not announced any transition timetables.