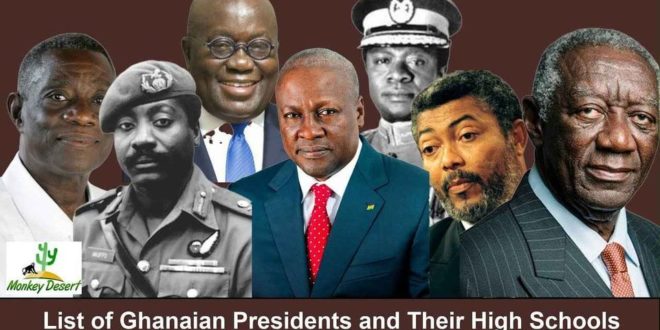 Our Leaders Are Not Generational Thinkers – Political Analyst Says

Mr. Samuel who was delivering a sermon on the topic: ‘What caliber of leaders do Ghana need,’ during an interview with Obuoba Ofori Amanfo, the host of Ahenkan FM’s “Maakye show” stated that developments in African Countries had been held back, saying that it had therefore brought sufferings to the people for lack of generational thinkers.

He said Ghanaians were not left out because the socio-economic sufferings in the country had become unbearable for the citizenry, and that almost everything was practically not going well.

Mr. Samuel said that the Ghanaian situation could be attributed to greed, mismanagement, corruption, and selfishness, by the leaders and certain individuals.

He said a lot of parents and leaders had died with their vision, which could have been very helpful to their families and the nation in general, but because of greed, they died without passing their talents and knowledge on to anybody, not even their children.

The Political Analyst alleged that adults, especially those in leadership positions (Members of Parliament and government appointees) did not think about the future generation, hence their penchant for money, resulting in wastage of national financial resources which could have been used to harness the potentials of the youth, and train them as future leaders.

According to him, our leaders are not generational thinkers, that is why our country needs to fix from top to bottom with a clear and new mindset. We need a selfless leader who is a generational thinker to leave an inheritance for our children’s children.

He also added that Ghanaians should elect experts and potential personnel to lead the country but not persons who think about only themselves and their parties.

He, therefore, appealed to Ghanaian leaders to place a premium on the value of their citizens, by formulating policies and programmes to ensure training, and retraining of the youth on employable skills, to prevent the selling of plastic bags and dog chains on the streets in the cities and urban centres.

listen to the audio below

How to identify Generational Thinkers Leaders

Moreover, He called for the training of the youth in tenacious moral capacity to transform the country.

He said it is time to build the young people not just intellectually and in leadership competencies but in moral integrity so that they would provide a new paradigm in terms of character, competence, and care for the people.

Mr. Samuel explained that part of the problem Africa as a whole is facing today is the lack of quality leadership.

The youth must, therefore, be given leadership skills to increase the pool of potential leaders and to challenge them to be men and women of integrity who would want to leave behind them an institution or a corporation and a country that had been transformed for the good.

I'm Adwenpa-Hene |Blogger & Broadcaster Journalist. I am the CEO and manager of this noble website. I publish on Entertainment, Sports, Politics, Lifestyle, and Technology. You can also follow Us on : YouTube Channel - My Ghana Media TV, Facebook - MyghanaMedia TV , Twitter - @MyGhanamedia2 & Instagram - My Ghana Media TV. Email Address: [email protected] Contact Us: 0200818719
@@MyGhanamedia2
Previous Today’s Newspaper Headlines; Friday, 1st April 2022.
Next Sachet Water To Sell At ¢0.40, A Bag Goes For ¢8 From today