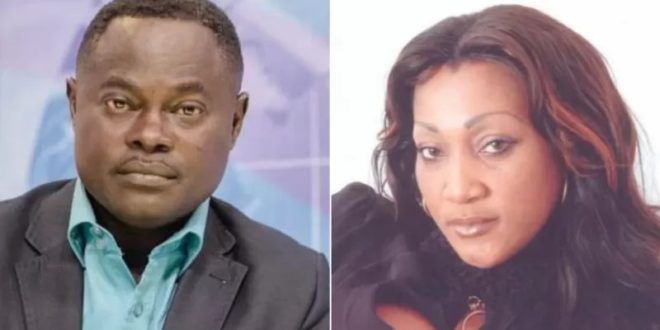 The Full Story About Football Star Odartey Lamptey, His Ex-Wife, Infidelity And Fight Over Property

Gloria Lamptey and football star Nii Odartey Lamptey got married under Ghana’s Marriage Ordinance on May 28, 1994. In September 2013, Gloria petitioned the High Court asking that it annuls the marriage.

She told the court the marriage had irreparably broken down due to the violent behaviour of Mr Lamptey. She accused him of subjecting her and her children to grave emotional and psychological abuse.

Mr Lamptey was further accused of having extramarital affairs. Gloria Lamptey told the court during the life of the marriage; that she was responsible for the acquisition of various properties that footballers wanted to acquire. She added she could no longer live with the retired footballer because of his constant false accusations of adultery against her.

The retired footballer agreed that the marriage had broken down beyond reconciliation in response to the divorce petition. However, he blamed this on what he alleged was the infidelity of Gloria Lamptey. He backed his claims with a DNA report on the paternity test, which he said confirmed that he was not the father of all the three children of the marriage.

He equally demanded the dissolution of the marriage.

On June 14, 2017, the High Court found that the marriage had indeed broken down beyond repairs. It declared that the three children of the marriage were not children of Mr Lamptey. The court awarded Gloria Lampety ¢200,000 as financial settlement, a house at Dome and two vehicles. The marital home that has recently become the subject of media reportage was given to Mr Lamptey.

She also wanted the court to take a second look at the distribution of properties. The court of Appeal, however, disagreed and dismissed the Appeal. The court said it found no fault with how the High Court distributed the properties. It noted that the said properties had been shared equitably. The court admitted that the alleged adultery of Gloria Lamptey is not a factor to be considered in determining the equities of this case.

The court nonetheless stated that due regard must be given to the fact that Mr Lamptey is not the biological father of the three children of the Petitioner and has expended huge sums of money on them over the 21 years of the marriage; providing food, shelter and education. They were with him as he worked and travelled to Holland, Belgium, Italy and the United Kingdom, attending private schools.

On whether Gloria had committed adultery, the court noted that “The Petitioner (Gloria) during cross-examination insists that the children were conceived “by a process other than sexual intercourse by the Respondent.”

She, however, refuses to answer any further questions on what this process is and claims she does not want to talk about the paternity of the children as it is a delicate topic. There is, therefore, no evidence on the record to contradict the fact that the children were conceived through adultery. Surely the Petitioner should have known the consequences of her stand not to talk about how the children were conceived if, in fact, she did not commit adultery.

The DNA test results, Exhibit “1”, is conclusive evidence that the three children are not the biological children of the Respondent. Counsel for the Respondent rightly argues that the balance tilted towards the Petitioner to disprove the evidence, which she failed or refused to do. It does not avail Counsel for the Petitioner to contend that the learned trial judge should have determined the following issues which she claims arose from the evidence on record.”

The court concluded that it had evaluated the entire record of proceedings and finds no justification to disturb the findings of fact made by the High Court.

I'm Adwenpa-Hene |Blogger & Broadcaster Journalist. I am the CEO and manager of this noble website. I publish on Entertainment, Sports, Politics, Lifestyle, and Technology. You can also follow Us on : YouTube Channel - My Ghana Media TV, Facebook - MyghanaMedia TV , Twitter - @MyGhanamedia2 & Instagram - My Ghana Media TV. Email Address: [email protected] Contact Us: 0200818719
@@MyGhanamedia2
Previous Akufo-Addo Has Built More Factories Than Kwame Nkrumah And Other Presidents – Gabby Otchere-Darko
Next Dr. Bawumia Avoids Commentary On E-levy During Lecture On Ghana’s Economy 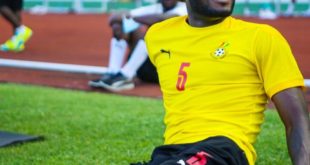