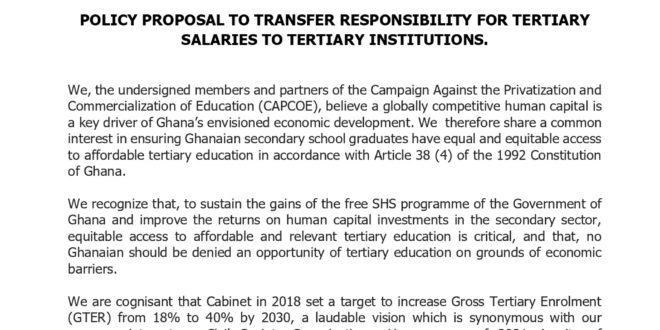 A group of stakeholders in education has kicked against the government’s plan to wean public tertiary institutions off its payroll.

The stakeholders; the University Students Association of Ghana (USAG), Ghana National Education Campaign Coalition, National University of Ghana Students (NUGS) and All Africa Students’ Union under the umbrella name Campaign Against Privatization & Commercialization of Education (CAPCOE) in a statement said while they understand the government’s desire to cut down on its expenditure, weaning public tertiary institutions off the payroll will do more harm than good.

They warned that if carried out, tertiary education in the country would be extremely expensive and unaffordable to many Ghanaians.

There have been mixed reactions since the statement was made.

The stakeholders in education however argue that with the government already struggling to meet its target of increasing the Gross Tertiary Enrolment Rate from 18% to 40% by 2030, taking financial support off for tertiary institutions will make the target unrealistic.

“We are also informed of the justification being made by some members of the UTAG and Vice Chancellors that, charging realistic fees, is the way to go in improving quality, citing the examples of other European Countries that have successfully implemented similar cost-shifting initiatives. It is noteworthy that, the existence of adequate safety nets for poor students through a responsive student’s loan and a meritorious, transparent and accountable scholarships systems has been critical to maintaining equity regardless of the introduction of fees in these countries,” the coalition further noted.

They said, Ghana’s existing students’ loan and scholarship programme is not responsive to the needs of poor students and so will in no way mitigate the situation for students if the government goes ahead with its decision.

They, therefore, proposed among other things that the government, in its attempt to cut down on expenditure and reduce fiscal pressure should rather intensify domestic resource mobilization to shore up local revenues to finance social services provisioning and urgently pass and implement the Exemptions Bill with the same priority given to the e-levy. 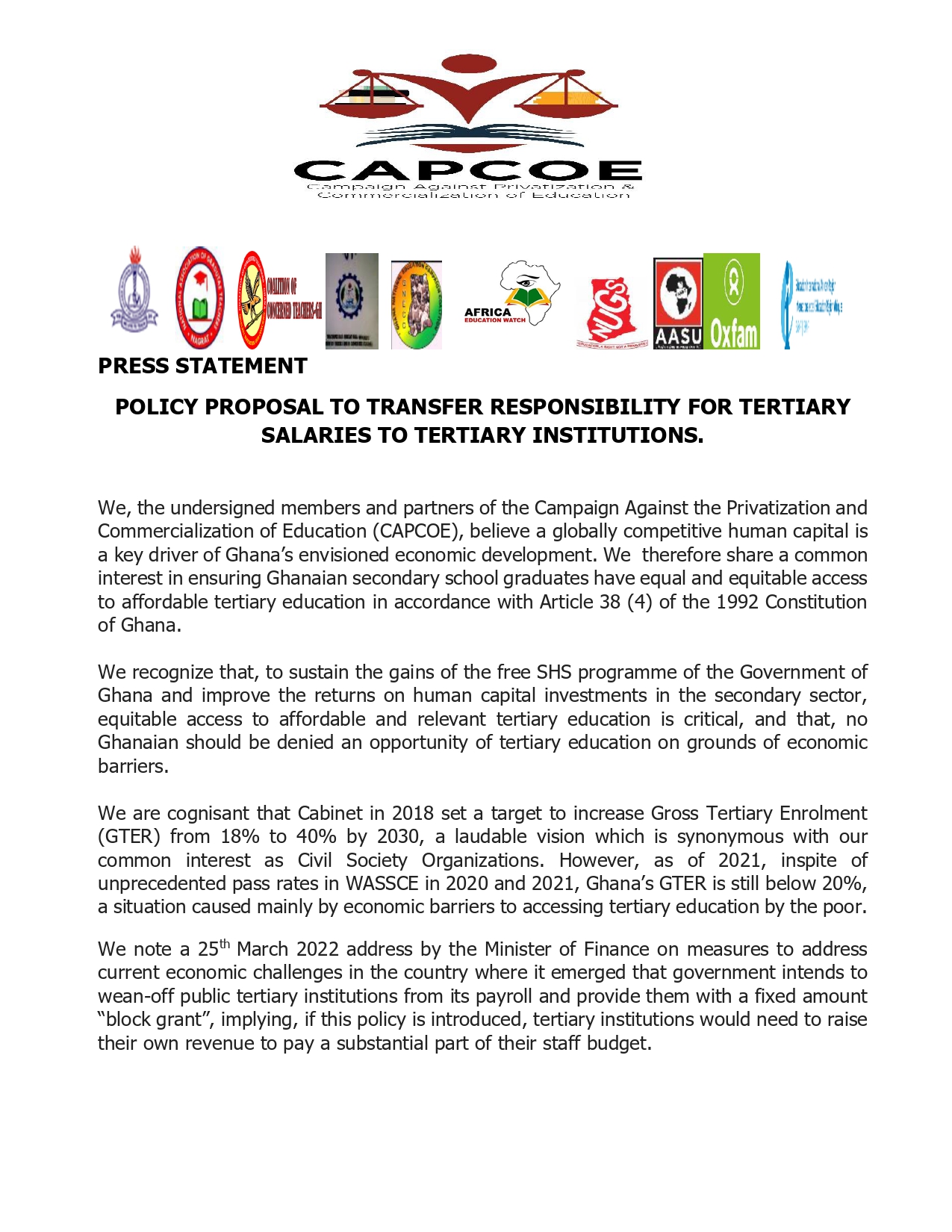 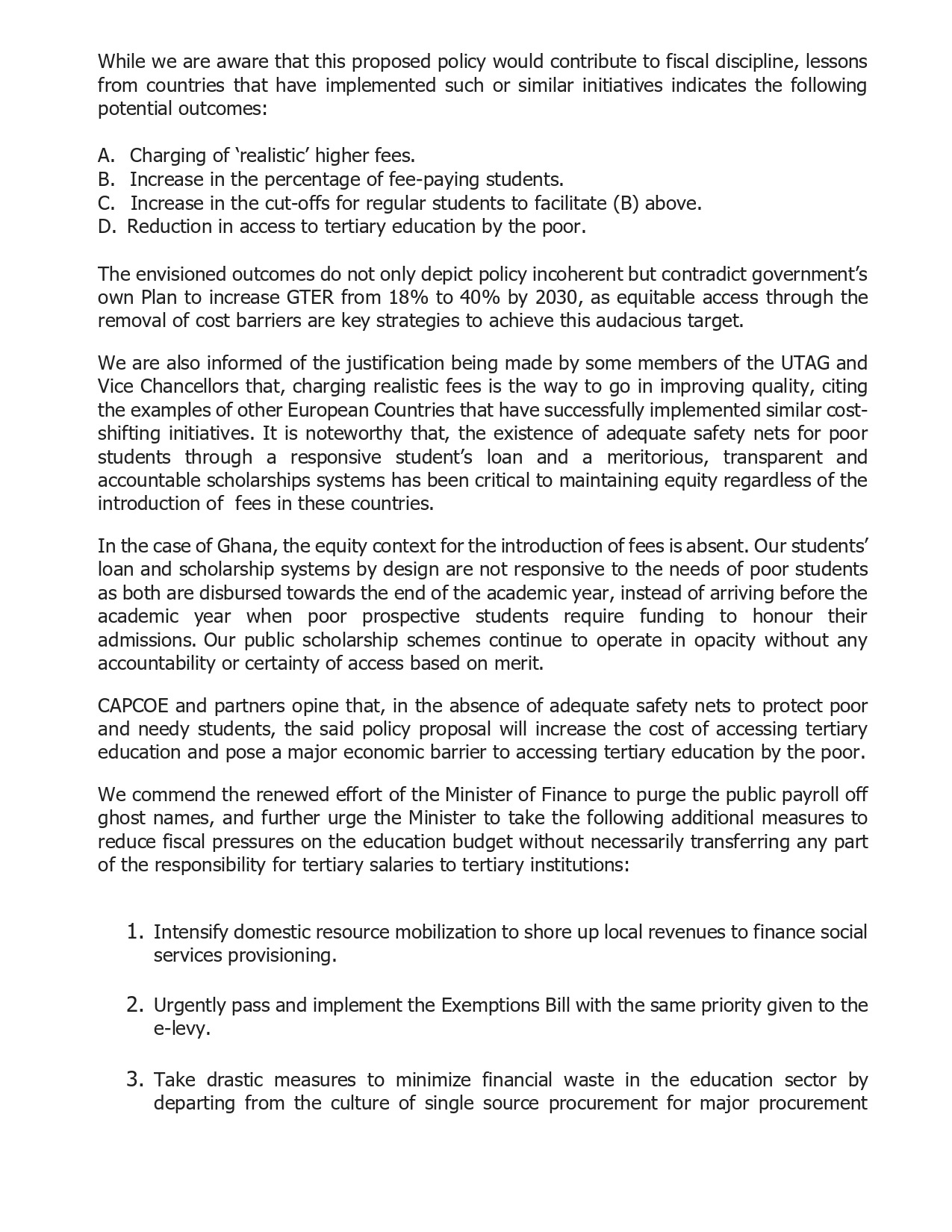 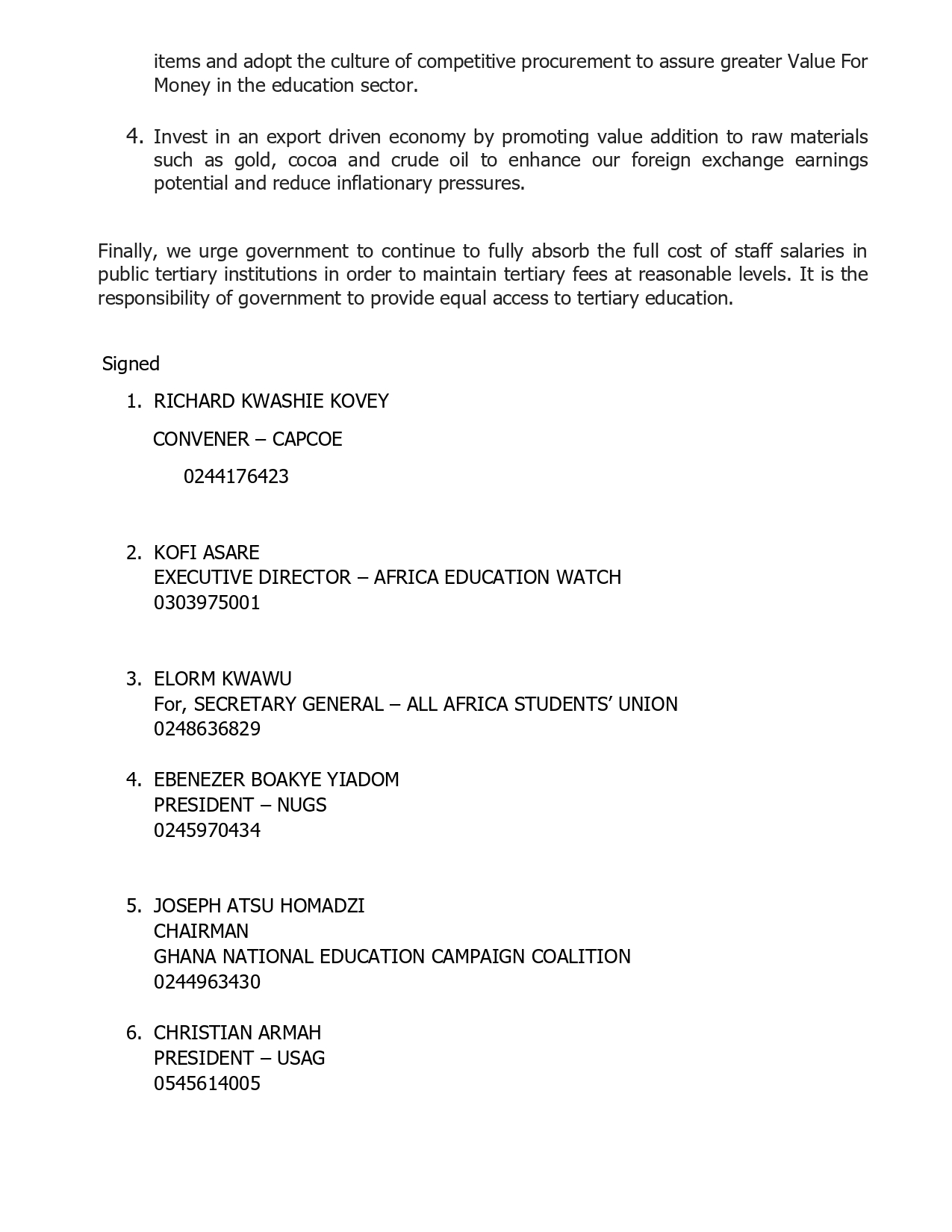 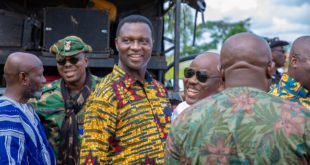 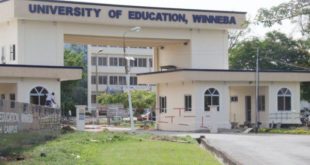 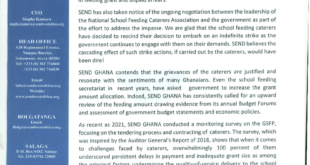 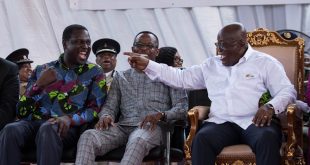