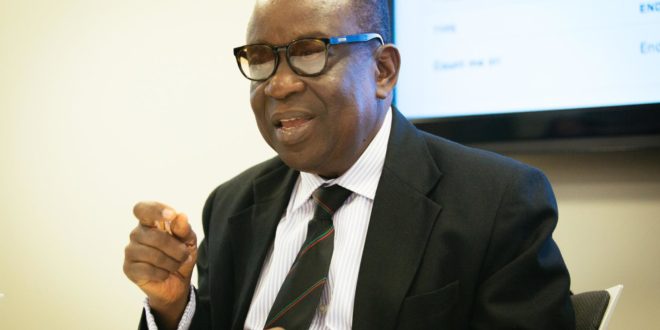 Senior lecturer at the University of Ghana, Professor Ransford Gyampo, says Ghanaians will be in danger if the National Security Minister goes mute on issues that threaten the country’s security.

Speaking on JoyNews’ AM Show on Wednesday, he said, “Kan Dapaah is not a small boy. He is the National Security Minister. Therefore, he is privy to information those who are criticising him do not know.

“When Kan Dapaah goes to sleep, we will all be in danger. He employed people and knows where he gets his information as a Security Minister, he knows what he is talking about.”

In his discussion with host, Benjamin Akakpo, Prof Gyampo added that “this is a national security matter. If we don’t take care and people decide that we won’t go to court and take matters into our own hands, there will be chaos.”

Speaking during a sensitisation workshop on the national security strategy for judges of the superior courts, Mr Kan Dapaah said the Judiciary’s role is paramount in helping to safeguard the security of the nation; hence, the need to have proper engagements that can sensitise judges to be able to deal with emerging threats that come to them.

“Injustice occasioned as a result of the absence of an effective justice delivery system or delayed justice or biased justice is certainly a threat to national security. Indeed, when injustice abounds, particularly in situations where the bench, which is considered the final arbiter of disputes, is deemed biased, citizens tend to take the law into their own hands most times without recourse to the established systems of justice delivery,” he said.

He argued that “saying that one political party is in power [so] the justices should be mindful of how they interpret the law is completely lopsided.”

“National security would be threatened in what way? So, what? The judges are supposed to balance the equation? They give five judgements in favour of the NPP and give another five in favour of the NDC?” he further quizzed.

But according to Professor Gyampo, “we must not offer partisan defenses and opposition to everything. There should be an elite consensus on some of these things.”