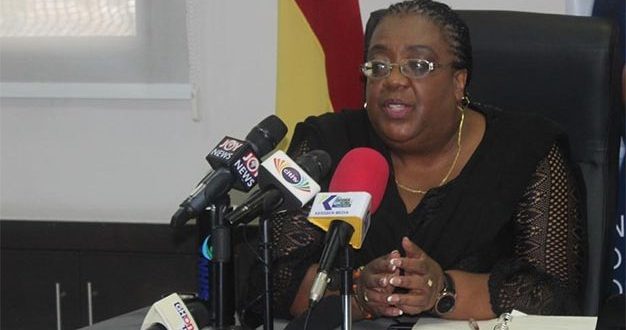 The National Health Insurance Authority (NHIA) has explained the circumstances under which its allocation of the 2022 budget was approved by Parliament.

The Chief Executive Officer of the authority, Dr. Lydia Dsane-Selby addressing journalists in Accra debunked claims that the authority’s representatives were ‘sacked’ during its allocation formula meeting with the Select Committee on Health.

“When the budget is read, we have to come and decide a budget around what the minister has indicated to be made to us that is what we call the allocation formula. And it is usually done before the Parliamentary Select Committee on Health,” she explained.

Dr. Dsane-Selby said when they met with the committee, the members wanted a further explanation for which reason they had to go back and produce those documents.

“It is unfortunate some of you (media) reported that they sacked us. We have a very good relation with Parliament, nobody sacked us they just asked us to come back with further and better particulars,” she clarified.

The NHIA CEO said the authority returned with the documents requested which was forwarded to the committee of the whole and subsequently approved.

“We went to the committee of the whole they asked their questions and they have approved our allocation formula. Now that, that is done, we can get on to achieve what Ghanaians want us to achieve for the rest of the year,” she added.

Dr. Dsane-Selby touching on the budget said GHS I.9bn was released to the authority in 2021 but in the budget they were to collect an estimated GHS 2.6bn between the NHIS Levy and Social Security National Insurance Trust (SSNIT) contributions.

“When monies are released to us, it is like arrears going forward,” she said, adding that the back and forth in the media are about semantics and terms.

She further noted that the government, through the Ministry of Finance, has paid GHS100 million as part payment of arrears owed National Health Insurance Scheme (NHIS) service, providers.

Recently the Private Health Facilities Association of Ghana threatened to partially withdraw its services if the government fails to pay the nine months to claim arrears.

General Secretary of the Association Frank-Torblu Richard, in an interview in Accra said that the GHC100 million part-payment paid by the government was meant for both public and private health facilities.

He also indicated that GHc50 million arrears are yet to be paid. 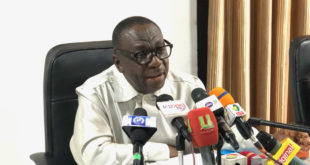