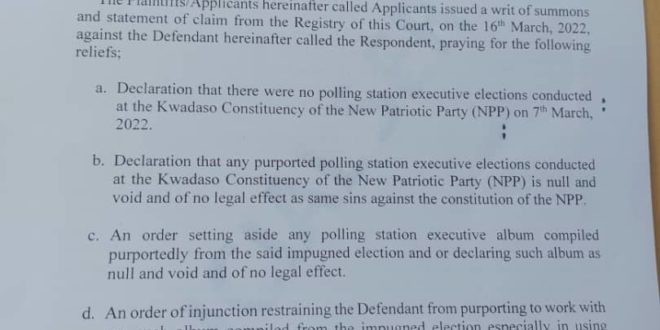 The plaintiffs, Abu Mahama and Kofi Abrefa, who are alleging infractions, are asking the court to nullify the recently held polling station election and allow for fresh polls to be conducted.

A disgruntled polling station executive in the Constituency, Akwasi Oteng Domfeh, who spoke to Citi News about the application said some constituency leaders of the party are attempting to impose their will on them hence their action.

He said although they sought to use alternative dispute resolution options, the constituency leadership did not respond to their petition for one month hence their use of the law courts.

“The party has no mandate to hold any elections in the constituency and as we speak, the bailiff is trying to serve all those concerned. Some people are keen on holding on to power and doing whatever suits them because they are controlling the affairs of the party in the constituency. We sought ADR and its been a month since we sent the petition to them and we’ve not heard from them so what was expected of us [than to go to court].” he said.

Among the reliefs being sought by the aggrieved parties, they want the court to declare that there were no polling station executive elections conducted in the Kwadaso Constituency of the New Patriotic Party (NPP), and an order setting aside any polling station executive album compiled purportedly from the said impugned election and or declaring such album as null and void and of no legal effect.

Also, they want “an order of injunction restraining the Defendant from purporting to work with any such album compiled from the impugned election especially in using same for the conduct of the impending electoral area coordinators election and the constituency elections, parliamentary and presidential primaries for the NPP in the Kwadaso Constituency.” 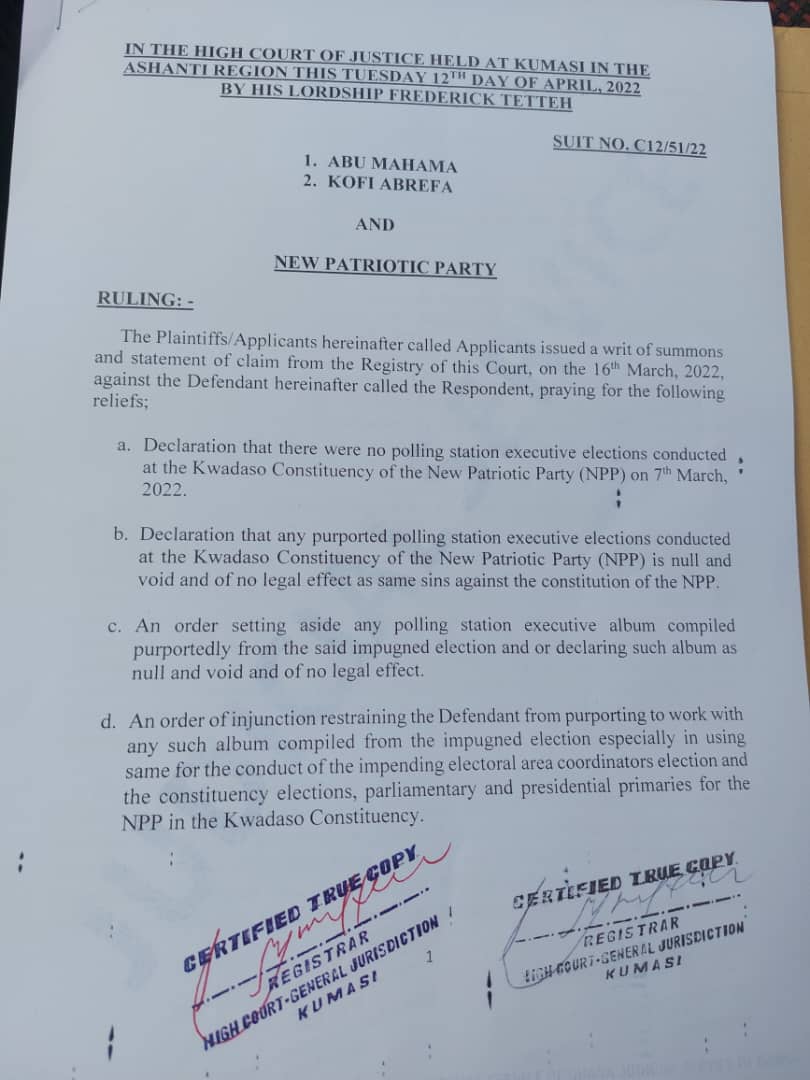 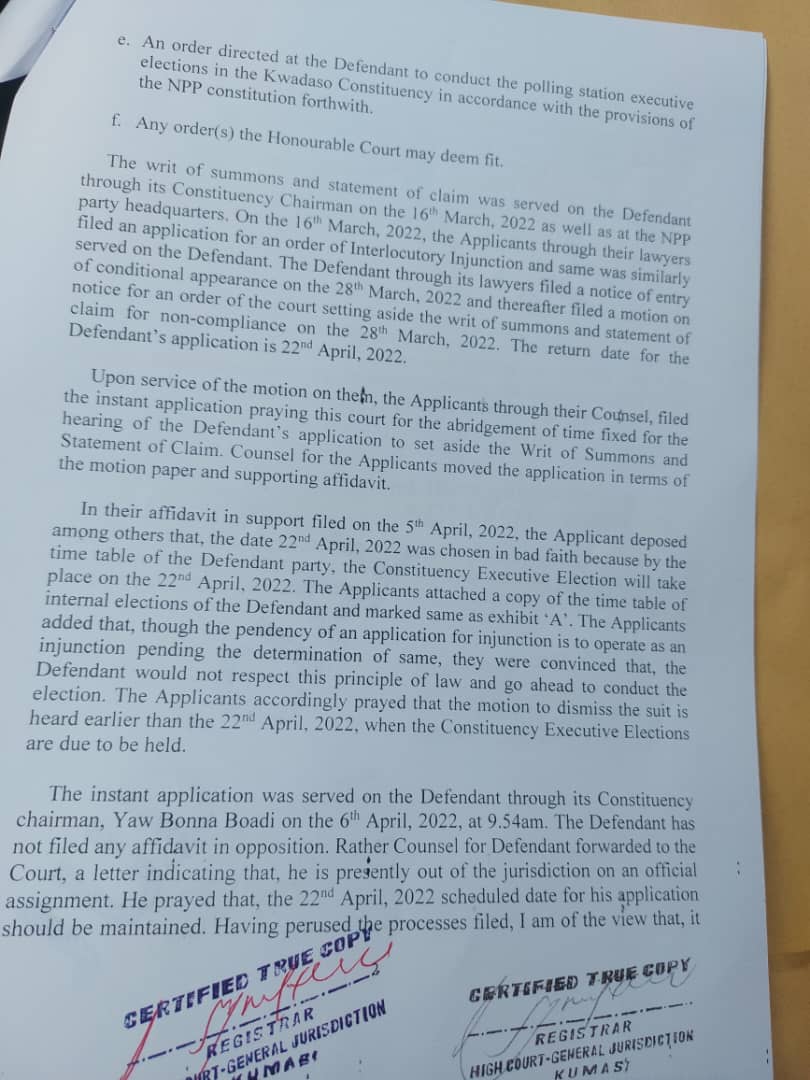 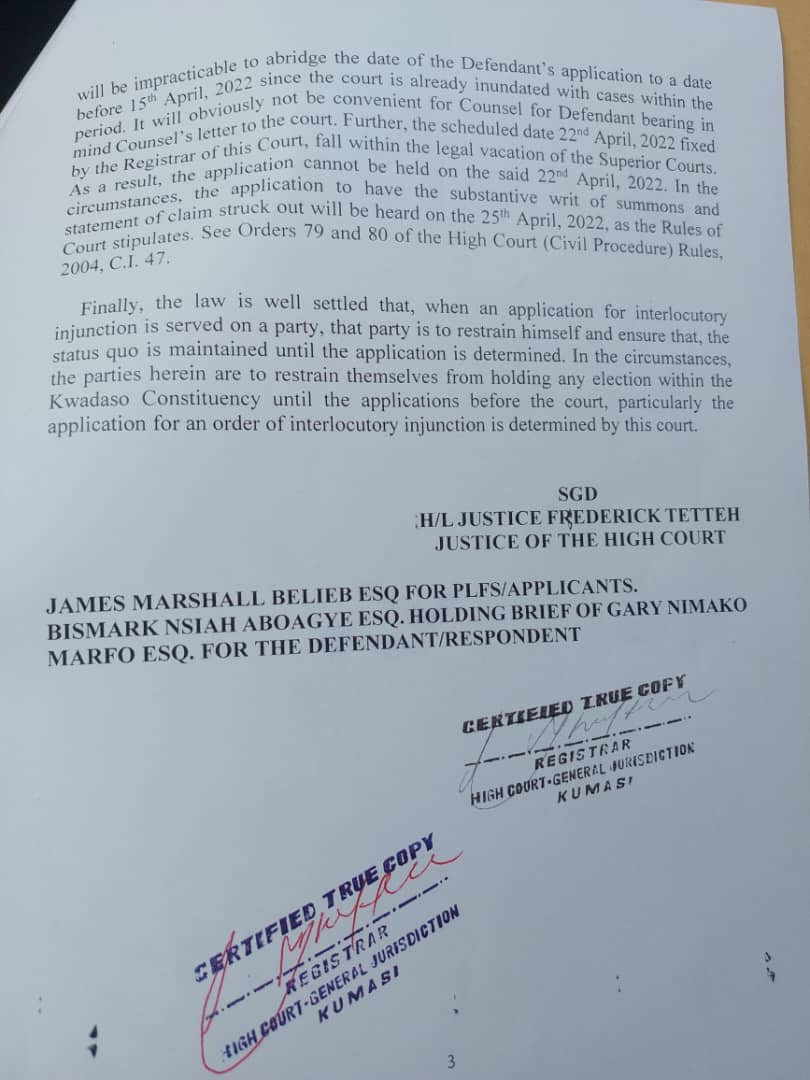