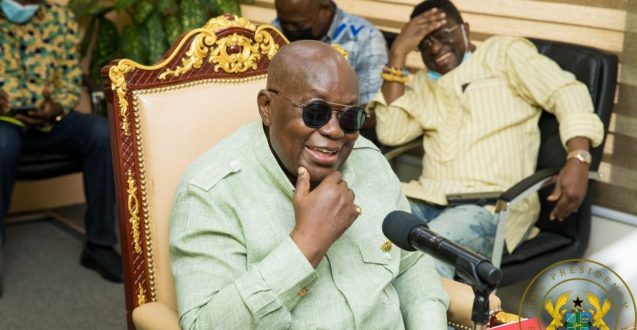 The New Patriotic Party’s Volta Regional Recourse group has called on President Akufo-Addo to consider reshuffling his ministers who they say are becoming complacent and seen to be acting with impunity in some situations.

The advisory group, which is made up of known senior members of the Patriotic Party in the Volta Region, says the time is right for the introduction of fresh energy and ideas into the various ministries to help the party win the 2024 elections.

Having acknowledged the government for the various interventions initiated which they say are yielding positive results, the group said the party also needs to pay attention to the activities of polling station and constituency level leaders whose actions are creating discontent among the rank and file of the party.

The Secretary to the Advisory Group, King David Akpabli, said he is hopeful that the party will win the upcoming elections if actions are taken to bring in new individuals into the ministries and also within the party.

“The group is of the view that to ensure necessary reinvigoration and reinforcement, there is the need at this time for a ministerial reshuffle to bring in new leaves. In the light of the above point is also the view that the current leadership of the party also needs some relief for new and fresher energies and ideas to increase the momentum for more effective management, mobilization, and organization of the grassroots to address the complacency and impunity that is seemingly taking over our party. All hands must be on deck in order to break the 8 because the current situation where party members are suspended or intimidated will not enable us to break the 8,” he said.

In July 2019, President Nana Addo Dankwa Akufo-Addo reshuffled some ministers in his government.

Among the changes was the removal of Catherine Afeku as the Minister for Tourism, Creative Arts and Culture.

Sulemana Alhassan, the Upper West Regional Minister was also reassigned – his position was taken over by Dr. Hafiz Bin Salih.

Other changes announced in the reshuffle were the coming of Gifty Twum Ampofo and Freda Prempeh as Deputy Education Minister and Deputy Gender, Children, and Social Protection minister respectively.